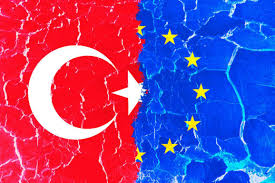 The European Court of Auditors has urged the European Union to better target funding for Turkey where reforms are overdue, as the auditors found out that EU financial assistance for Turkey, which aims to help align the country with EU laws, has had only a limited effect.

Although the assistance was well designed, funding did not sufficiently address some fundamental needs in the rule of law and governance sectors, where critical reforms are overdue, say the auditors.

According to a press release of the EU commission, the auditors found that in areas where there was more political will, such as customs, employment and taxation, projects did help bring Turkey into line with EU law. However, the results may not be sustainable because of difficulties in spending the funds and backsliding on reforms.

EU financial assistance planned for Turkey from 2007 until 2020 through the Instrument for Pre-accession Assistance amounts to over €9 billion.
The auditors focused on the priority sectors of rule of law, governance and human resources (education, employment and social policies), to which €3.8 billion had been allocated, the press release says.

The auditors found that the Commission set funding objectives, which were specific and consistent with the legal framework. The objectives for the rule of law, governance and human resources sectors were relevant and based on the needs, which Turkey had identified to align itself with EU law and strengthen its administrative capacity.

In reality, however, the funds spent have barely addressed a number of fundamental needs, say the auditors. These are the independence and impartiality of the judicial system, the fight against high-level corruption and organized crime, press freedom, the prevention of conflicts of interest, and reinforcing external audit and civil society.

According to the Commission’s own analysis, say the auditors, progress in these areas has been unsatisfactory for several years, due to a lack of political will on the part of the Turkish authorities.