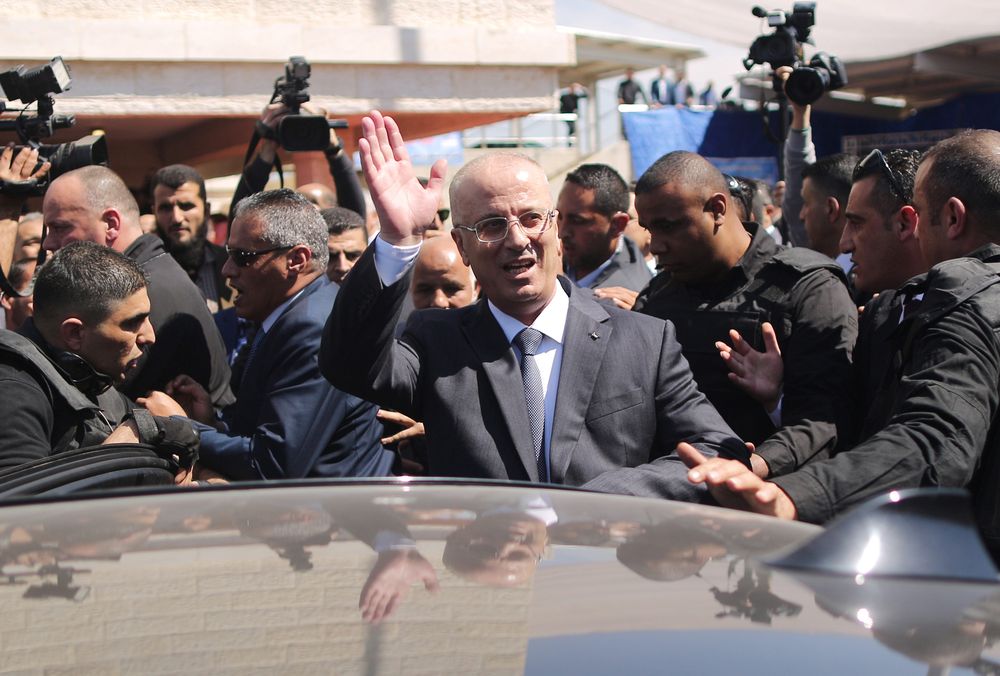 Gaza ruling movement Hamas has denied any involvement in the Tuesday bomb attack against the motorcade of Palestinian Prime Minister in the enclaved strip.

Prime Minister Rami Hamdallah escaped Tuesday an apparent bomb attack when he was entering the enclave. The blast, which wounded seven people, occurred on Hamdallah’s way to the inauguration of a waste recycling plant.

Hamas’s rival faction, Fatah in the West Bank blamed the Islamist movement for the attack, which came at the time the reconciliation process among Palestinians groups is underway.

Hamas rejected the accusations. It noted that three people have been arrested and that its interior ministry would investigate the incident.

It is unclear who masterminded the attack but the Islamist movement is facing rivalries in Gaza from Salafist groups, opposed to Hamas’s embracement of peace with Fatah and adherence to democratic values.

The Salafist groups are wanted by Egypt, which accuses them of colliding with jihadists in the Sinai, in attacking government forces.

Egypt helped the Palestinian factions to reach a deal for the creation of a government of census.

Under the deal, the Palestinian Authority dominated by Fatah will take control of security in Gaza.

The formation of the government has stumbled on several roadblocks including Hamas’s refusal to disarm.