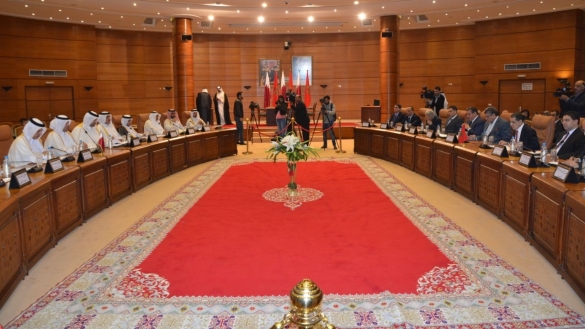 These agreements were signed Monday by Head of the Moroccan Government Saâd-Eddine El Othmani and his Qatari peer Abdullah bin Nasser bin Khalifa Al thani at the end of the 7th session of the Moroccan-Qatari High Joint Commission convened in Rabat.

This session was an occasion for the two countries’ top officials to hold intensive talks on bilateral relations, look into ways of strengthening cooperation in various sectors and coordinating stands on issues of common concern.

The rich-Gulf State is seeking to ensure its food security as its neighboring countries, Saudi Arabia, the United Arab Emirates, Bahrain, plus Egypt cut diplomatic and economic ties with Doha last June.

Qatar used to import 80 percent of its food from bigger Gulf Arab neighbors before the diplomatic shutdown.

During this difficult moment, Morocco stood by Qatar and sent last June food to this country. Rabat also offered to mediate between the Gulf countries, which are all close allies to the North African kingdom.

Yet, the Gulf rift was not brought up during the works of the joint cooperation commission.

Relations between Morocco and Qatar have witnessed a steady improvement in recent years, as shown by Qatari soaring investments in the North African country.

The latest investment was announced last February when the Qatari government declared its decision to invest $150 million in building a dam in the province of Guelmim in southern Morocco. The project is scheduled to be completed by 2021.