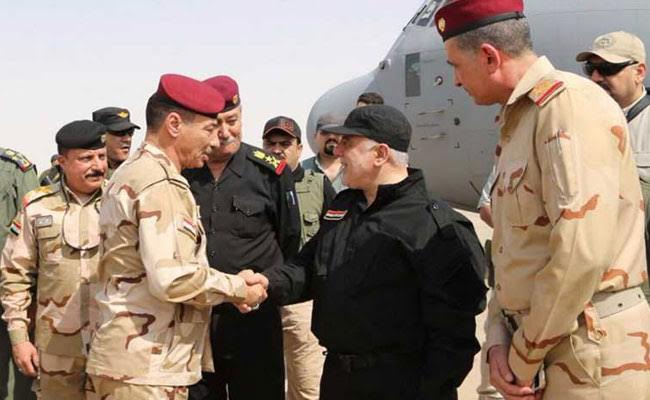 Iran-backed Shia militia groups operating under the Popular Mobilization Units (PMU) will be officially included in the Iraqi security services.

Prime Minister Haider al-Abadi issued a decree on Thursday giving the Iran-backed militia groups the same rights as members of the military.

The Iraqi Prime Minister’s decision will allow the 40 paramilitary militia groups to have similar salaries as the military, and access to military institutes and colleges.

Launched in 2014 following a call by top Shia cleric Ayatollah Ali al-Sistani to reverse the control of the city of Mosul by the Islamic State (IS), the Shia groups have grown powerful with the support of Iran.

The PMU fought alongside the regular army to take back much of Iraqi territories controlled by IS. Up to 60,000 fighters are combatting under PMU leadership.

It will remain under control of Prime Minister al-Abadi himself who has been reluctant to heed western and Sunni calls to dismantle the groups, worried as Iran off-shot in Iraq.

Washington has demanded the groups “to go home” in reference to Iran, known as the regional power behind the militias.

The Thursday decree also slots into a 2016 decision by the parliament to bring the umbrella group under government control.