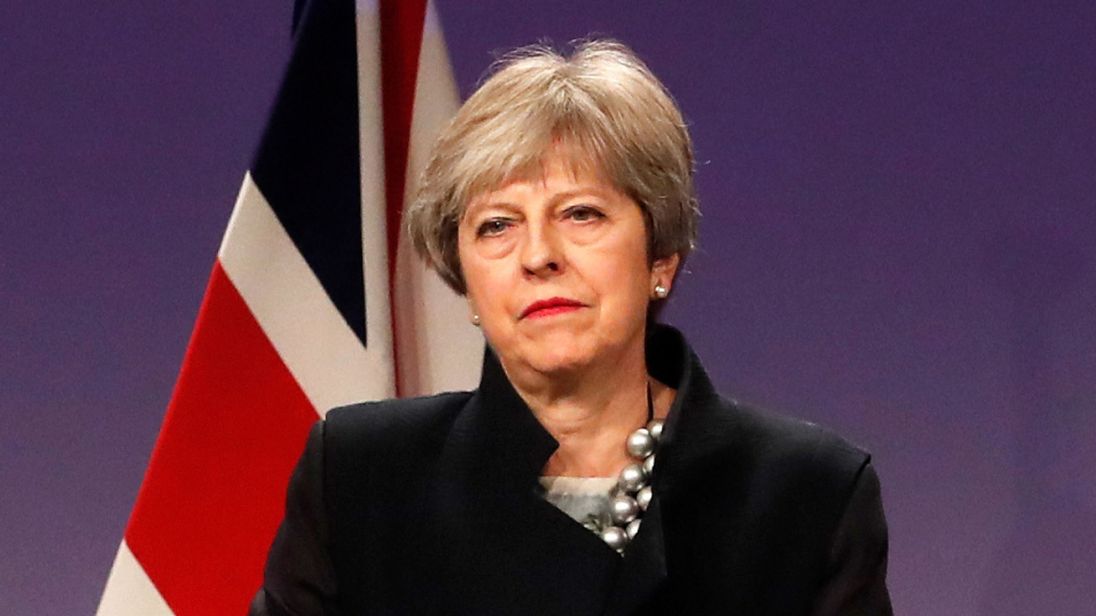 British Prime Minister Theresa May will bring up UK’s concerns over the political and humanitarian situation in Yemen, during the visit Saudi Crown Prince Mohamed bin Salman is starting this Wednesday in London.

The Prime Minister is to lobby Riyadh to end the three-year old conflict, which has killed nearly 10,000 people, her office said Tuesday.

Prime Minister May, her office said, would “make clear that we urgently need to see progress on the political track… to end the conflict and humanitarian suffering in Yemen”.

“She will also reiterate how seriously we take allegations of violation against international humanitarian law and emphasize the need to ensure these are investigated swiftly and thoroughly.”

May will welcome Wednesday afternoon Crown Prince Mohamed bin Salman on his way from Egypt as he embarks on first international tour since becoming heir of the Saudi throne in June.

The visit comes amid hot debate over London’s role in bringing an end to the Yemen conflict where Saudi Arabia has been leading a Pan-Arab coalition with the support of British military hardware and equipment.

Around 10,000 people have lost their lives in the three-year old war which left the poorest Arab country in shambles.

The visit, to seal a new era of bilateral cooperation between the two countries as London tries to woo Riyadh for closer trade and partnership deals in post Brexit, has raised eyes brows in the UK with several protests awaiting the young powerful royal.

A coalition of UK human rights groups are planning to protest against bin Salman’s visit outside Downing Street and near the Parliament to denounce what the coalition said is Saudi Arabia’s “brutal and illegal bombing” in Yemen and London’s support for the Gulf state, Middle East Eye (MEE) reports.

Campaigners will also protest the use of counterterrorism laws to prosecute human rights activists and dissidents in Saudi Arabia, claiming that the Crown Prince’s “modernizing agenda”, as a cover to crack down on opponents.

During his three-day visit in London, the Crown Prince will attend a joint UK-Saudi Arabia summit to launch a strategic partnership council.

Next leg of his international tour will take him to France and then to Washington.