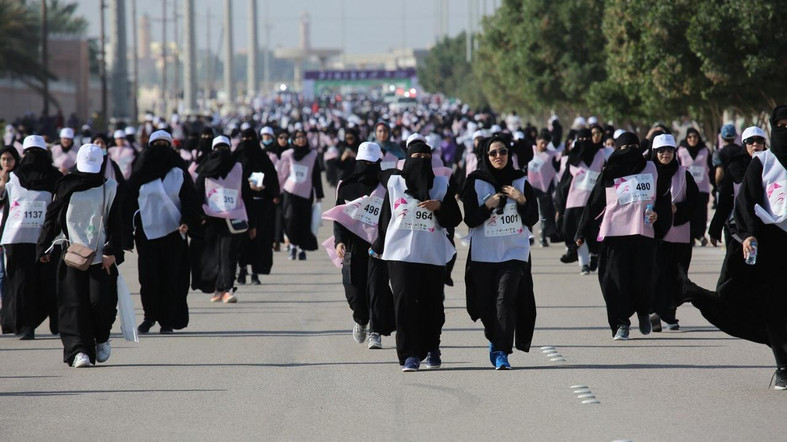 Up to 1,500 women took part in a marathon for the first time in the history of the most conservative Arab country, part of the kingdom’s radical pro-women reforms initiated by 32-year Crown Prince Mohamed bin Salman.

The historical event took place in the backdrop of the deep reforms led by Crown Prince Mohamed bin Salman, who seeks to change the image of the Sunni kingdom.

Women were allowed in January in stadiums for the first time. The reforms targeted several other sectors. Women will have their own driving license as of June and last month the ministry of interior allowed women to join the army. The public prosecution also gave a nod for women to join the kingdom’s investigation department.