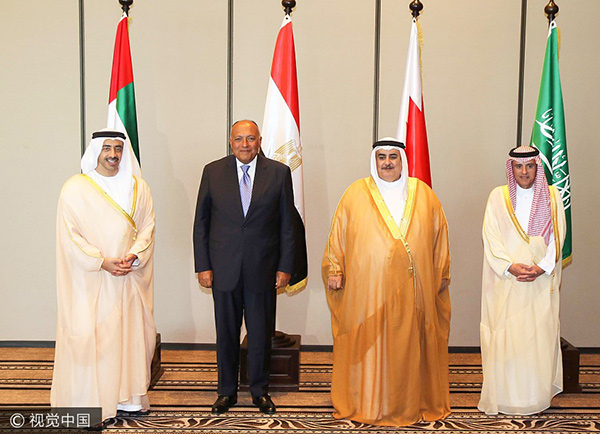 A documentary aired Sunday on Doha-based al Jazeera held Saudi Arabia, United Arab Emirates (UAE), Bahrain and Egypt responsible for the 1996 failed coup against the former Emir of Qatar, on grounds of testimonies by alleged participants in the coup.

The exclusive documentary, which took place amid the unprecedented diplomatic crisis between Qatar and its neighbors, named several coup leaders coming from the four anamneses and within the tiny Gulf country.

Al-Maliki himself was arrested in the coup but was pardoned last year.

The coup was directed against former Emir Sheikh Hamad bin Khalifa Al Thani who rose to the throne one year earlier. Planned to take place on February 16, the coup was advanced two days earlier at the demand of Abu Dhabi Crown Prince in view of preventing any uncovering of the plotted power takeover, al Jazeera notes.

The media, citing one coup plotter, notes that the plan was to take control of military and security installations and allow armed men to enter Qatar from the UAE or Saudi Arabia.

The documentary emerged amid eight-month old crisis between Qatar and the quartet which accused Doha of financing terrorism.

The Saudi-led quartet severed air, sea and ground links with Qatar, which dismissed the accusation arguing the diplomatic assault was aimed at the Qatari regime.

Saudi Arabia and its allies have not reacted to the Sunday documentary accusation, which hampers further calls to end the crisis by the White House and other global powers.

AFP reported that President Trump threatened to cancel hosting the Gulf allies at his Camp David retreat residence, in April, if they do not put an end to the crisis.