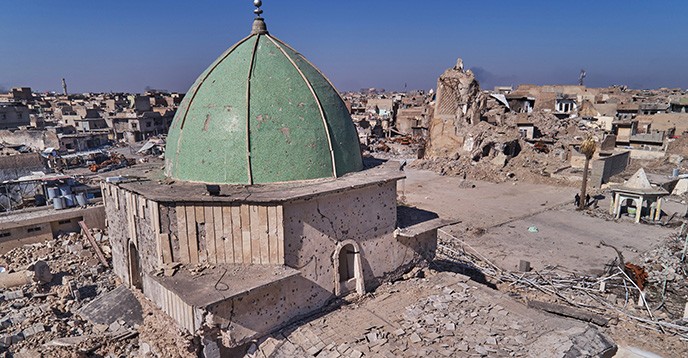 The Qatar Fund for Development (QFFD) will contribute additional $2 million to the UNESCO’s Heritage Emergency Fund under an agreement signed last week.

“More than ever, we need to respond quickly and efficiently to assess, secure and safeguard threatened heritage, said UNESCO’s Director-General, Audrey Azoulay during the signing ceremony in UNESCO headquarters in Paris. “The Heritage Emergency Fund is a key tool for doing this and I see this renewed contribution by QFFD as a call to the international community to join forces with UNESCO in this regard.”

“The initial contribution by the Qatar Fund for Development towards the Heritage Emergency Fund and the continued funding of this instrument reaffirms Qatar’s commitment to protecting and preserving the heritage of the world. We hope this donation will act as a catalyst that will trigger further contributions by other donors,” affirmed GFED Director General Khalifa Bin Jassim Al Kuwari at the signing ceremony.

This latest installment of $2 million follows an earlier QFFD contribution of an equal amount, as part of a pledge Qatar made at the 38th Session of the World Heritage Committee in Doha in June 2014, a UNESCO release said.

During this session, Qatar committed a total of $10 million to support and strengthen UNESCO’s ability to preserve cultural and natural heritage in areas that may be vulnerable to disasters or may be affected by armed conflicts.

So far, Qatar is the only Arab donor to the UNESCO’s Heritage Emergency Fund.

The fund is a multi-donor instrument established in 2015 as a pooled, non-earmarked funding mechanism that gives UNESCO flexibility to respond quickly and effectively to crises to ensure safeguarding of cultural heritage.

To date, it has been used for activities related to the conflicts in Syria, Iraq and Yemen, the earthquakes in Ecuador, Myanmar, Nepal and Iran, the hurricanes Matthew in Haiti and Irma in the Caribbean, as well as the floods caused by El Nino in Peru.