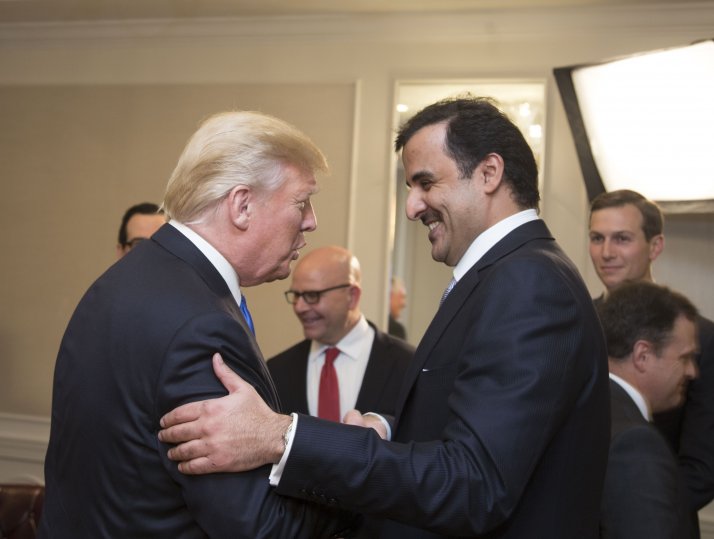 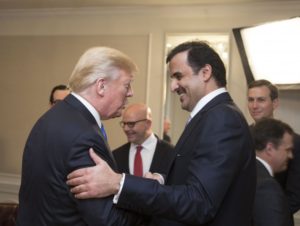 President Trump could decide not to host the Camp David summit, scheduled to bring together US Gulf allies, in May, reported AFP citing US officials.

According to the US lofficials, President Trump threatened to cancel the meeting if the Saudi-led sides does not lift sea, air and ground blockade imposed on the tiny gas-rich country.

“We would hope the dispute is resolved before the summit to allow maximum focus on other strategic concerns like Iran,” a US official told AFP.

The quartet in June severed diplomatic ties with Qatar and cut off all sea, ground and air links with their tiny neighbor over grounds that it supports terrorism; charges that Qatari officials vehemently dismissed.

President Trump is expected to host US Arab Gulf allies in the presidential retreat in Maryland’s Catoctin Mountains in May.

A Saudi official who spoke on condition of anonymity told AP that remarks that the White House is pressing the Saudi-led side are ‘false’.
If the pressure is confirmed, it will underline a shift of President Trump’s stance on the crisis. The American leader at the beginning of the crisis praised Saudi Arabia and its allies for severing ties with Qatar. He credited himself for the move, which took place right after his maiden international tour that took him to Riyadh where he met with various the Gulf allies.

President Trump however last month made a U-turn after congratulating Qatar for its fight against terrorism.