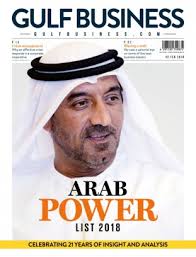 Saudi Arabia has seen 19 entries in the regional media Gulf Business’s 2018 Arab Power ranking placing Chairman of the oil company Aramco as the most powerful Saudi figure and the second on the overall ranking while formerly detained billionaire Prince al-Waleed bin Talal ranks third most powerful in the kingdom and the seventh in the Arab world.

Chairman of Aramco, Khalid Al Falih leads the kingdom list established by the Gulf media. Also in his position as minister of petroleum and mineral resources, Al Falih was at the forefront of the kingdom’s negotiations with Russia and OPEC member-states in maintaining production cuts that have seen Bent crude prices rise from $55 a barrel to nearly $70, the media notes.

Al Falih is also chairman of the kingdom’s mining company Ma’aden. The Saudi official led Aramco as CEO between 2009 and 2015.

The next most powerful Saudi individual is Yousef Abdullah Al Benyan who operates as Vice chairman and CEO of SABIC. He has been leading the petrochemical company since February 2015. Al Benyan, Gulf Business notes, managed despite difficulties to leave profit margin for the company, which stands as the Gulf region’s largest listed firm. The company reported a 10.7 per cent increase in third quarter profit, Business notes.

SABIC under Al Benyan is currently working on expansion plans. The fourth largest global petrochemical company is envisioning opening an office in Iraq and boosting investment in China.
Al Benyan ranks third on the overall list.

The third Saudi figure on the powerful Arab list is the chairman of the Kingdom Holding, Prince al Waleed bin Talal bin Abdulazizi al Saud. His three-month stay at the five-star prison of Ritz-Carlton Hotel in Riyadh has not taken away his reputation as the kingdom’s international figure in the business community around the world.

Al-Waleed was arrested early November in authorities’ alleged purge against corruption in which over 200 people were rounded up, including several other princes and business top figures.

The billionaire was released late last month after inking a settlement agreement with authorities.

Al-Waleed has investment in Mövenpick Hotels, Walt Disney, News Corp and Twitter. He ranks 7 on the full list.
Amin Nasser, CEO of Aramco is the fourth Saudi most powerful figure. He took over from Al Falih in February 2015 after several years in the steering committee. Nasser is currently overseeing the company’s plan to list five per cent of its value in the second part of this year, in a move that could generate as much as $100bn.

He is the 12th most powerful Arab figure on the list.

Right following Nasser is Mohamed bin Issa Al Jaber who is Chairman and CEO of MBI International. Al Jaber is in several sectors. He was not targeted by the purge. His wealth is estimate at $8.3bn by Bloomberg. The powerful businessman owns a hotel in London and a real estate company.