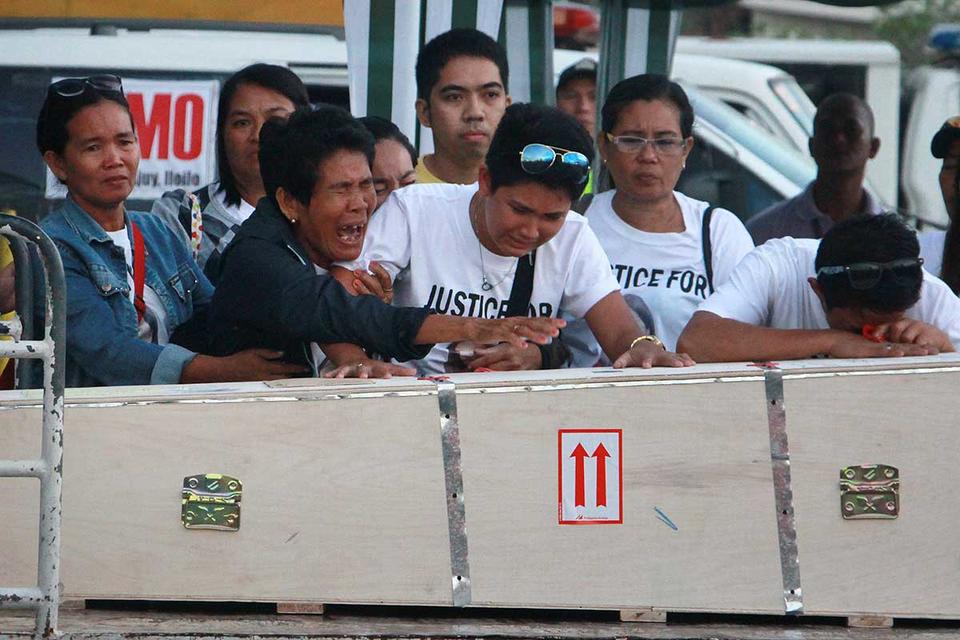 Manila has announced the arrest of one of the two suspects believed behind the death of a Filipina maid, put in a freezer a year ago in an abandoned apartment in Kuwait.

The suspect named Nader Essam Assaf, from Lebanon, was arrested in his country following coordination between Kuwaiti and Lebanese authorities in a manhunt.

Assaf and his Syrian wife, who is on the run, have been on Kuwaiti authorities’ wanted list for the death of their maid; a 29-year old Filipina called Joanna Demafelis found dead in a Freezer this month in the couple’s abandoned apartment.

Joanna Demafelis had apparently been in the freezer since last year and her body showed signs of torture.

Manila has welcomed Kuwait’s announcement that Assaf has been arrested.

“President (Duterte) welcomes the news that Nader Essam Assaf is now in the hands of authorities in Lebanon,” Philippine Foreign Secretary Alan Cayetano said in a statement.
“Assaf’s arrest is a critical first step in our quest for justice for Joanna and we are thankful to our friends in Kuwait and Lebanon for their assistance.”

Demafelis’s murder exasperated already strained relations between Kuwait and Philippines. President Rodrigo Dutret last month launched a tilt at Kuwait over abuses and maltreatment that Filipino workers most of whom maids, face in the Gulf country and in the region.

The Filipino leader demanded better conditions for the thousands of Filipinos working in Kuwait. Their number is estimated at 252,000.

Dutret this month imposed a ban on the recruitment of Filipino workers in Kuwait and dispatched free charter flights to repatriate those willing to come back. Over 2,500 have already headed home while authorities expect around 10,000 be enrolled in the repatriation program.

Dutret reportedly has accepted an invitation to visit Kuwait to settle the crisis. A team of Filipino labor officials visited Kuwait this week work out better protection mechanisms for migrant workers.