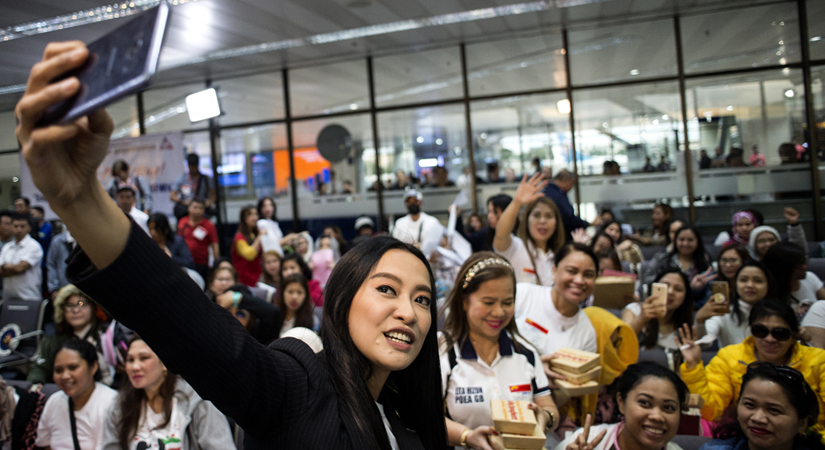 Philippines authorities have announced they are looking to repatriate all their nationals living illegally in Kuwait, which has extended amnesty for residency violators.

The ambassador of the Asian country to Kuwait told Kuwait Times that the mission has been receiving applications from hundreds of Filipinos seeking to return home voluntarily.

“We have applications pouring every day and we hope they will be cleared soon so they can go back home,” Philippines’ ambassador to Kuwait Rene Villa said.

Kuwait has extended amnesty for illegal migrants. The initial deadline of February 22 has been extended to April 22.

There are up to 130,000 illegal residents in the Gulf country.

Manila has already begun the repatriation of its nationals residing in Kuwait as part of its policy to protect Filipinos working there from abuses.

President Rodrigo Dutret this month announced his government’s decision to dispatch free charter flights to fly out nationals.
The plan, according to Filipino authorities, is to return 10,000 residency violators. 2,500 have been so far repatriated and a further 2,500 will soon follow.

President Dutret is expected to visit Kuwait early next month in a move to calm the diplomatic tension that has birthed off lately between the two countries over reported abuses and violations suffered by Filipino workers.

A new labor agreement is expected to be signed during Dutret’s visit early March.