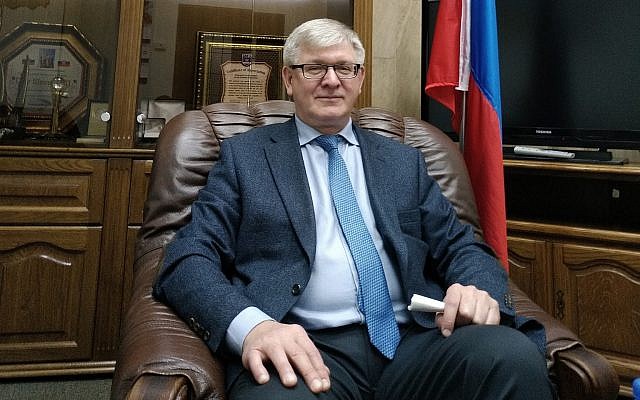 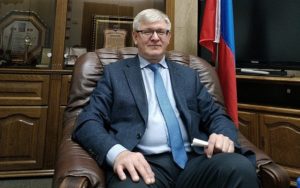 Russian deputy ambassador to Tel Aviv brushed off Israeli authorities’ claims that the drone which was destroyed last Saturday by the Israel Defense Forces (IDF) was launched by Iran, saying that Iranians in Syria are not ‘insane’.

Saturday the IDF brought down a drone – a replica of the American RQ-170, claiming it was launched by Iran from Syria.

Israel shot down UAV and attacked the Syrian regime positions. Syria in response brought down an Israeli F-16, causing injuries to the airmen manning the warship.

The Russian diplomat Leonid Frolov told Times of Israel that the Jewish state was in its right to bring down the drone but noted that it was launched by Syrian rebels opposed to President Bashar al-Assad to irk Israel.

“I am sure that every UAV that intrudes into Israeli airspace needs to be shot down. It would be even better to bring down the UAV [without destroying it] and to see who created it, to whom it belongs,” Frolove told the media.

“One can accuse the Iranians of many things, but they’re not stupid. They know what would happen if they sent a drone over to Israel,” he said.

The Russian official notes that Moscow will stand with Israel in the event of an Iranian attack on the Jewish state.

“We certainly support Israel’s right to defend itself, and the actions of Israeli pilots were entirely correct.”

Moscow is present in Syria, where together with Iran, it crops up Bashar al-Assad’s regime grappling with rebels who have been trying for over seven years to ouster him. Russia entered the conflict in 2015. The intervention was a game changer as it turned the tide.

The Russian diplomat, who served in Ramallah and Tripoli in Libya, and who is a savvy of the region politics and crisis, also addressed Russia’s position in the Israeli-Palestinian crisis, which became complex and spiraled out of proportion following Donald Trump’s recognition of Jerusalem as Israel’s capital.

Israel’s capital is indeed the western part of the old city, but the Palestinians also deserve a capital in the holy city, he said in reference to the eastern part of Jerusalem.

Moscow, according to the diplomat, would like to play a more significant role as suggested by Palestinians who have balked at engaging in US-led peace efforts following Trump’s December decision. He also stressed that Trump’s decision disrupted the peace process.

Frolove however maintains that the US still has a greater role to play should there be agreements between Palestinians and Israelis.