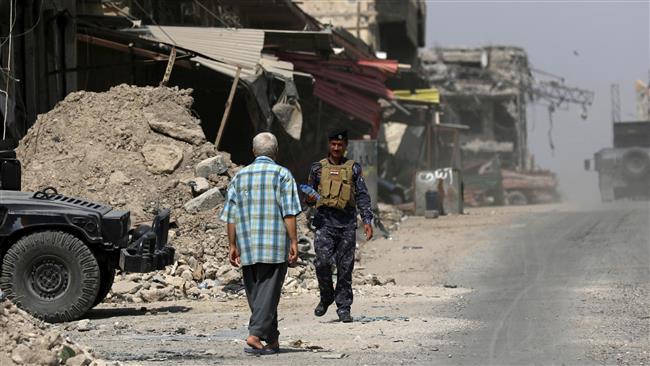 The UN expressed concern over the return of normal life in Mosul, Iraq’s second largest city, citing the presence of thousands of mines in the wake of the defeat of the Islamic State group (IS).

For Pehr Lodhammar, program director at the United Nations Mine Action Service (UNMAS), life after IS could take more than a decade.

Speaking at a news conference in Geneva, the UN expert explained that it could take more than a decade to de-mine totally the city despite ongoing efforts to clear the former IS stronghold of un-exploded bombs.

Lodhammar told reporters that two thirds of the explosive materials are believed to be buried in rubble, adding that the campaign to win back the city will be long for the terror group left 11 million tons of debris.

“Our estimations indicate that it will take more than a decade to clear western Mosul. The density and complexity of the explosive materials will not allow this clearance to be completed within months or even years,” he said.

“We have noticed munitions that have been dropped from the air, bombs weighing 500 pounds have also been dropped, penetrating the ground for a distance of 15 meters or more. Just taking out one of them takes days and sometimes weeks.”

Baghdad in December declared victory over IS following three years of intense fighting. The national forces, backed by international coalition and Iran-backed militias, finally drove out the jihadists. It is reported that close to 1,000 IS fighters are still roaming about in the are.

The Iraqi government Wednesday received pledges of $30 billion for the country’s reconstruction. The sum is however far below the nearly $90 billion needed for the reconstruction plan.