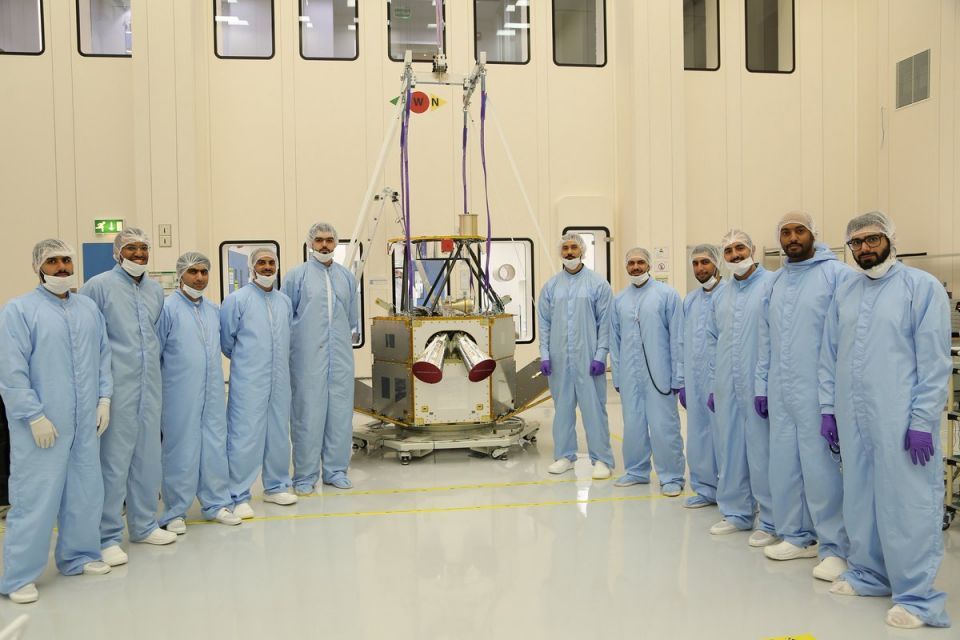 Emirates cargo service has been mobilized to move the country’s third locally made satellite to South Korea’s Incheon International airport for a planned launch.

The project started five years ago following the launch of Dubai-1 and Dubai-2. KhalifaSat is designed by Emirati engineers.

It will be launched this year and placed in a low earth orbit of about 613 kilometres. It will provide detailed images of earth that can be used in several industries, local media say.

It took three months for the space agency and Emirates to fly the satellite. Both entities conducted trial loading exercises ahead of the transportation due to sensitivity of the shipment as they wanted to ensure no harm is caused to the satellite.

Police escort was assigned to the shipment from the Space Centre facility to freighter cargo terminal in Dubai airport.