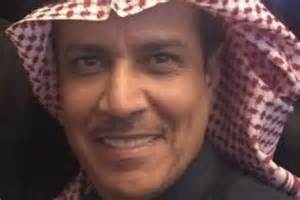 A Saudi special criminal court has handed a five-year prison sentence to a prominent journalist arrested in January for accusing the royal court of reinforcing corruption in the kingdom.

Saleh Al-Shehi, a columnist for Arabic-language daily Al-Watan, received five years in prison after he ‘insulted the royal court’ in comments he made on TV. The outspoken journalist was arrested last month.

Most detainees have been released after they signed monetary deals with authorities in exchange for their freedom.

Al-Shehi reportedly slammed the royal court for being “one of the institutions that reinforced corruption” in the country, citing examples such as granting plots of land to citizens based on personal connections.

“If we want to end financial corruption then we must first shutter the windows for administrative corruption,” he was quoted as saying by the Financial Times.

For the commentator who has nearly 1.2 million followers on Twitters, “there are in the Royal Court many windows from which people can enter.”

The free media watchdog notes that seven journalists have been held in Saudi Arabia since December 1, 2017.