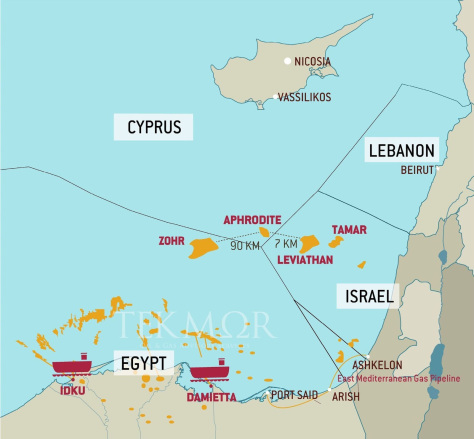 Egypt waved the threat of confrontation if Turkey undermines its interests in the eastern Mediterranean where Cairo signed a gas exploitation deal with Greek Cyprus.

“Turkey will face a confrontation with Egypt if it does not respect Cairo’s rights for gas exploration” the Egyptian Foreign Ministry spokesperson Ahmed Abu Zeid warned.

Abu Zeid added that no party can contest the agreement’s validity, “as it is in line with the principles of international law and has been recognized as an international agreement by the UN.”

The maritime border demarcation deal in question was signed in 2013 between Egypt and Cyprus, and gives Cairo access to an area of the East Mediterranean that is of particular interest for hydrocarbon companies since the discovery of the huge Zohr gas fields in 2015.

The discovery of the massive Zohr gas field in 2015 has spurred a race for exploration in the eastern Mediterranean, an area that is believed to hold big natural gas deposits crucial for energy-hungry Europe.

Turkey’s Foreign Minister Mevlüt Çavuşoğlu appeared to contest the deal, when he declared that Turkish Cypriots had been unfairly prevented from claiming their “inalienable rights to the natural resources” around the island, and revealed Turkish plans to begin exploration in the area.

Cavusoglu accused Greek Cypriots of conducting “unilateral hydrocarbon activities in the eastern Mediterranean.” He was speaking in an interview with Greek Kathimerini newspaper published on Sunday.

“Turkish Cypriots, as co-owners of the island, have inalienable rights to the natural resources around it,” he told the newspaper.

Turkey’s relations with Egypt have been soaring since the current president, Abdel Fettah al-Sisi, deposed his predecessor, Mohamed Morsi, in a coup in 2013.