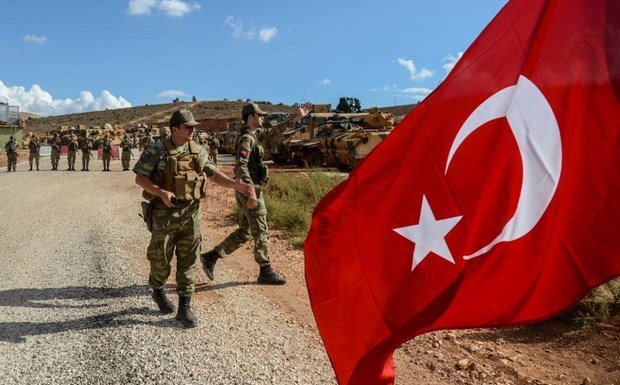 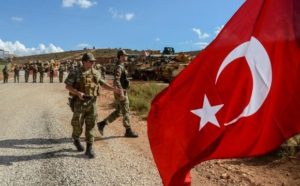 Turkey has acted on its threats to hit the Kurdish stronghold of Afrin on the borders in Northwestern Syria in a bid to in-timidate the US-backed SDF Kurdish-Arab coalition, which seeks to declare independence.

The shelling took place after a deal was struck between Tur-key and Russia providing for the withdrawal of some 180 Rus-sian military observers from the town, Turkish media said.

The bombing was described by Ankara as a “de facto” start of operations against members of the Kurdish YPG militia, part of the SDF coalition, which it considers as a terrorist group and an extension of the PKK militias.

“The Afrin operation will happen. We are optimizing conditions for the operation,” Turkish Defense Minister Nurettin Canikli said in televised remarks, after Turkey threatened to unleash a military campaign on the SDF border force.

Turkey has been amassing troops on the borders with Syria placing its military near Afrin on high alert. The move comes after media reports said that the US is preparing a diplomatic recognition of the Kurdish-run area in Syria along with military support for the SDF 30,000 soldiers border force.

On Thursday, US State Department spokesperson Heather Nauert called on Turkey to reconsider military action in Afrin against the SDF. Yet, Turkey insists that the SDF is just an-other name used for YPG forces, which it considers a terrorist organization.

The UN on Friday reiterated a call on all concerned parties to avoid actions that would further escalate tensions in Syria’s northern city of Afrin.

Turkey fears that a mini-state for the Kurds in Syria will offer the PKK Kurdish rebels, which it has been fighting for decades, a rear base and a motivation to pursue their independence endeavour.