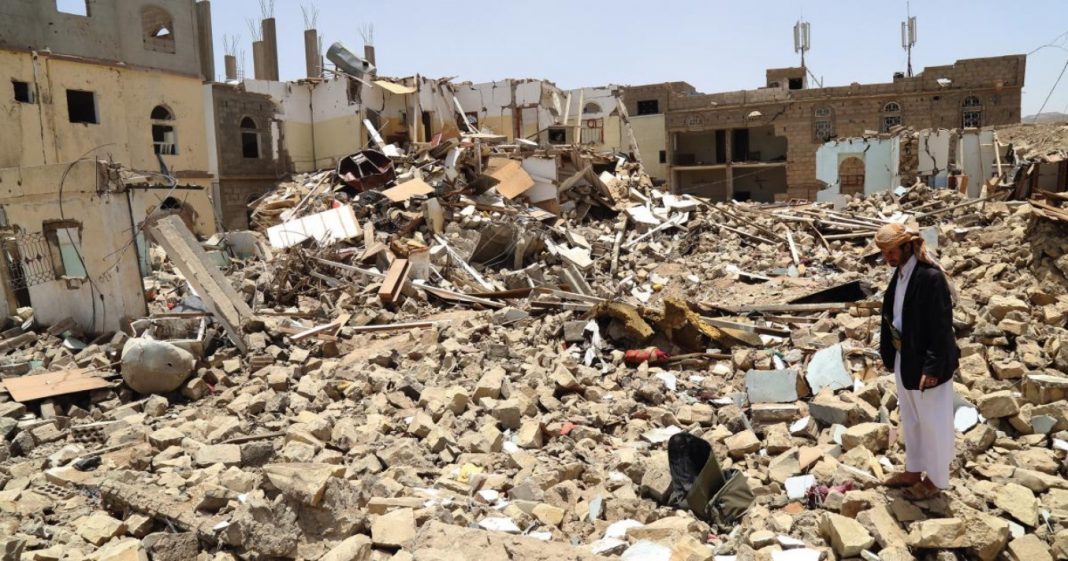 A UN confidential report accused both Saudi Arabia and Iran of protracting the crisis in Yemen through their involvement in arming warring parties in the impoverished country.

The report, issued by a UN panel, noted that Iran violated an arms embargo imposed on Yemen by failing to prevent the Houthi rebels in that war-ravaged nation from obtaining Iranian missiles, including one, fired hundreds of miles into Saudi Arabia two months ago.

The document, now in the hands of the UN Security Council, does not identify the supplier of the weaponry but says missile debris inspected by UN experts was of Iranian origin.

The findings, which have not been made public, were first reported on Friday by Agence France-Presse and confirmed by Security Council diplomats who had seen copies of the report.

An arms-embargo provision of that resolution requires all member states to “take the necessary measures to prevent the direct or indirect supply, sale or transfer to” designated Yemeni combatants including the Houthis.

The report also lambasted Saudi Arabia and its coalition, fighting the Iranian-backed Houthi rebels, for not doing enough to prevent civilian casualties.

More than 10,000 people have been killed in the Yemen conflict, millions have been displaced and are at risk of acute hunger and malnutrition and one million have been infected with cholera.