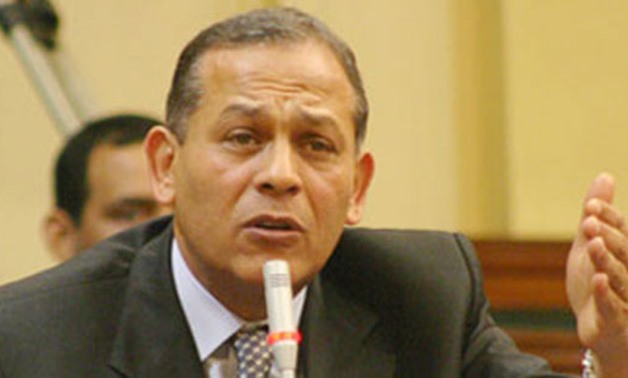 Mohammed Anwar Sadat, nephew of the Egyptian assassinated leader, Monday said he would not run for March presidential poll, arguing that the climate surrounding the future elections does not guarantee “equal opportunities”.

The former MP who bears the same name as his uncle told the press in Cairo that he also chose to abandon his plans to protect his campaign team from intimidation and arrest.

“I don’t feel – and I am not assured – that the elections will be held in the form that we were hoping for… Therefore, we will not enter a losing battle,” he said.

Sadat said he had been preparing for elections since he was expelled from parliament in February last year. He was kicked out of the legislature over an alleged leak of the draft of a controversial NGO law to foreign embassies.

Sadat was also accused of forging MPs’ signatures on a bill he had presented, accusations he denied, London-based The New Arab reports.

The National Election Authority (NAA) set the polls between March 26 and 28.

Incumbent al-Sisi who won 2014 elections after overthrowing democratically elected President Mohamed Morsi in 2013 is qualified for a second term. He however has not made any announcement over his candidacy yet. If he runs, he will surely win in a race with no major challenger.

His touted likely challenger, former army General Ahmed Shafiq who was Hosni Murabak’s last Prime Minister before the 2011 revolution, early this month pulled out nearly one month after he returned to Egypt from the United Arab Emirates (UAE).

According to London-based Middle East Eye (MEE), the former presidential hopeful withdrew from the race after intelligence agencies threatened to reveal alleged sexual misconduct and corruption.

General Sami Anan, who served as Mubarak’s last Chief of the army, was announced candidate for the March electoral process by his party, Arabism Egypt Party.

Other potential candidate is human rights lawyer Khaled Ali. He has appealed a ruling in a legal case in which he was accused of “violating public decency” for allegedly making an obscene gesture in court. He could be disqualified is he loses the appeal.

The head of Egypt’s Zamalek football club, Mortada Mansour, announced Saturday he would be standing for president, reports say.