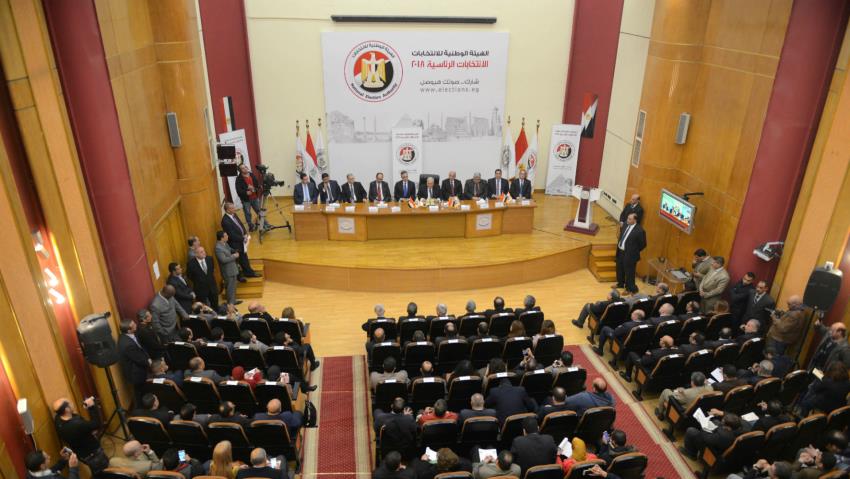 The Egyptian National Election Authority (NEA) Monday set March 28-29 for the presidential polls that incumbent leader Abdel Fattah al-Sisi is expected to dominate after his likely main challenger Ahmed Shafiq threw in the towel on Sunday.

The commission led by Lasheen Ibrahim indicated that it will receive candidacies January 20 to 29.

Al-Sisi won 2014 elections a year after toppling elected Islamist President Mohamed Morsi who had won the 2012 election with a narrow victory over Ahmed Shafiq. These were the first presidential elections held following the 2011 popular uprising against former autocratic leader Hosni Mubarak.

Shafiq, Sunday, bowed out announcing that he would not run.

“I have decided to not run in the upcoming 2018 presidential elections,” Shafiq said in a statement. “I saw that I will not be the best person.”

The former Prime Minister and Mubarak’s close aid had announced his intention to run for the elections last November in a video aired by Al Jazeera.

The announcement made from his host country, the United Arab Emirates, where he had been in exile since 2012, irked local authorities, who, according to his lawyer, deported him on December 2.

Since returning to Egypt, the former army air force commander and former aviation minister has been reportedly held under house arrest and prevented from speaking publicly.

Audio conversation allegedly between Captain Ashraf al-Kholi, an officer of the intelligence service, and TV host Azmi Megahed, broadcast by the Turkish-based Arabic television channel Mekameleen on Monday, revealed an orchestrated plan to discredit and smear the former presidential hopeful if ‘things go wrong’. Kholi also suggested attacks on the former army official and his family.

“I want you to prepare Shafiq’s videos when he was talking to the Brotherhood, because now there is bargaining and we want to see where we get with him. If he persists we shall dig out the old stuff,” Kholi is quoted as saying.

“But if he is… with the Brotherhood?”

“We shall crack his father’s head,” replies Kholi.

President al-Sisi’s regime has outlawed the Muslim Brotherhood movement and rounded up most top leaders including ousted President Morsi.

The 76-year old former presidential hopeful, according to the leaked audio recording, has supporters within the intelligence, giving him therefore chance to fiercely challenge al-Sisi.

“You know there are a few whores in the general intelligence who have taken Shafiq’s side. Wherever a stench is smelled, eyes will be set.”

The conversations, which span over two days, seemingly took place before Shafiq’s own plans to forsake his presidential dream.