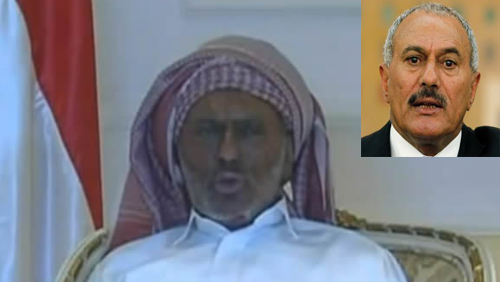 The General People’s Congress (GPC) of former President Ali Abdullah Saleh has elected by consensus Sadiq Amin Aburas as its new leader, in replacement of the deceased Saleh.

Aburas was the country’s former Premier and agriculture minister.

In its announcement, the GPC made no mention of Saleh’s exiled son, Ahmed Ali Saleh, who vowed and urged Yemenis to rise up against Iran-backed Houthi rebels who slain his father.

The rebel gunned down the former President on December 4 after attacking his convoy as he tried to flee capital Sana’a following a new allegiance to the Saudi-led international coalition.

The GPC criticized in its statement the Saudi-led coalition which has imposed sea and air blockades on the country.

“What happened [Saleh’s killing] will not prompt us to make peace with the aggressors against the sovereignty, the dignity and the freedom of our great Yemeni people,” the party said.

The statement did mention the Houthis as the party announced it was open to dialogue and “national reconciliation”.

It also called for the release of all the party’s prisoners, Saleh’s family members including employees of his TV channel Yemen al-Yawm, detained by the Houthis – held after Saleh switched sides, reports say.

It is unclear whether the GPC will make peace with Iran-backed rebels.

The conflict has caused death of over 10,000 people in what has been called the world’s worst humanitarian catastrophe.