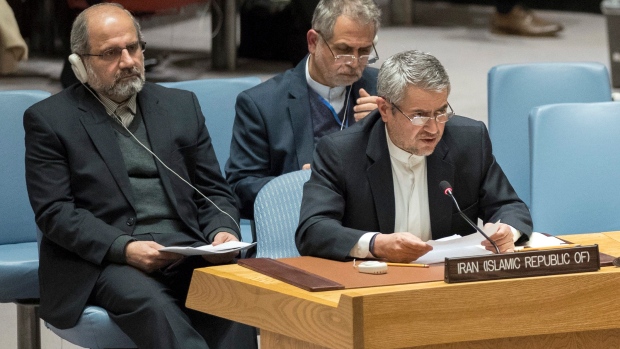 The UN Security Council was the theater of a fierce debate reflecting deep rifts between the US and Russia over the anti-government protests in Iran.

The emergency Security Council meeting, which was convened by the US, was described by Russia as a meddling in the internal affairs of a sovereign state.

Russia claimed the US intended to use what it regarded as largely economic protests directed against austerity inside Iran as a means both to challenge the Iranian government’s authority and to undermine the Iranian nuclear deal signed in 2015.

The US was also at odds with its European partners, who used the subsequent debate to reject American efforts to make the protests an excuse for ditching the 2015 nuclear deal with Iran.

France’s ambassador to the UN said the protests do not threaten international peace and security, in what may be an implicit criticism of the United States.

Demonstrations erupted in Iran over a week ago after the government announced plans to raise fuel prices and cut monthly cash handouts to lower-income Iranians. The unrest spread over to 80 cities and towns and resulted in 22 deaths and more than 1,000 arrests, according to Iranian officials.