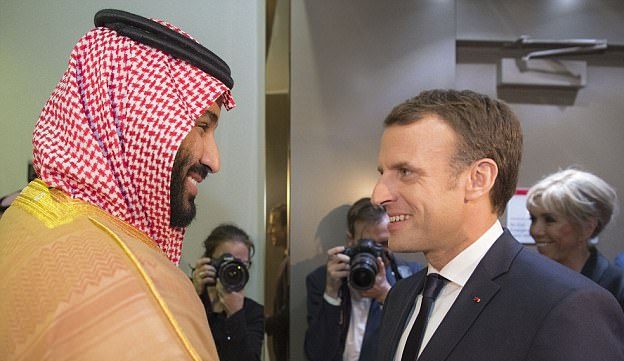 President Emmanuel Macron of France has called Saudi Arabia to ‘entirely’ lift the air and sea blockade its coalition has imposed on Yemen and which has worsened the humanitarian situation in the country devastated by more than two years of conflict.

The information came from the French leader’s office on Wednesday. The French President, according to the Presidency, held a telephone conversation with the Saudi monarch Salman Bin Abdelaziz.

Saudi Arabia has been leading a Pan-Arab coalition in Yemen since 2015 to restore the legitimate power of President Mansour Hadi and to curb gains of Iran-backed Houthi rebels who have seized large swathes of the poorest Arab country.

The rebels have also taken control of capital Sana’a.

Early November, the coalition seized control of major ports and sealed off the Yemini air space in response to a missile launched by the rebels on Saudi Arabia. The ballistic missile was intercepted near Riyadh’s international airport.

The blockade made the supply of the humanitarian aid to food-deprived population delicate.

Close to 10,000 people have been killed in the more than two-year old conflict with populations on top of the food scarcity also face a high scale of cholera outbreak.

The Saudi-led coalition recently was forced to ease the blockade following intense international diplomatic pressure. The World leaders, the UN and humanitarian organizations expressed their dismay after the coalition closed Hodeida port — key to humanitarian and commercial deliveries.

During his phone talk with the Saudi Monarch, President Macron ruled out military action as a solution to the conflict and stressing that it is “essential that both sides return to the negotiating table”.