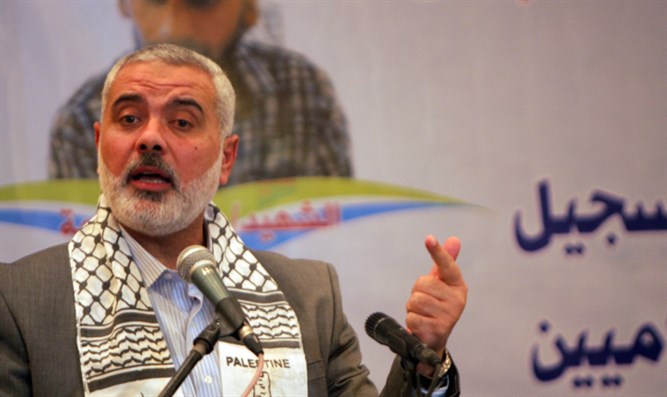 Head of the Palestinian Hamas movement Tuesday stressed that the US is working on a peace plan proposing to Palestinian leaders the village of Abu Dis, close to Eastern Jerusalem, as the future capital of Palestine.

“The plan involves building a bridge linking Abu Dis to the Al-Aqsa Mosque compound with the ostensible aim of ensuring [Palestinians] access to the mosque,” Haniyeh said.

“There is also a talk of dividing the Al-Aqsa Mosque compound into three separate parts” and creating a “political entity in the Gaza Strip endowed with certain privileges”.

The Islamist leader’s remarks confirmed an earlier report by the New York Times, indicating that Saudi Arabia has backed a US-drafted peace initiative depriving Palestinians of Eastern Jerusalem that they hope to proclaim as capital of their future state.

The plan as disclosed by the New York Times early December proposes as capital Abu Dis, a village overlooking the Old City of Jerusalem to the southwest and the Jordan Valley to the east.

It is unlikely that the Palestinians will accept the offer after Mahmoud Abbas, the internationally-recognized leader of the Palestinian Authority, has side-lined US as peace broker after President Donald Trump declared Jerusalem capital of Israel – a move that snubbed international accords and UN resolutions.

Abbas has called on the EU, Russia and China to replace the US in talks between Palestinians and Israelis.

The move “has implications for the reconfiguration of the entire region and the [Arab and Muslim] nation… which will come at the expense of Jerusalem and Palestinian rights,” Haniyeh added.

Saudi Crown Prince Mohamed bin Salman has been trying to convince Abbas to accept the plan.

According to sources familiar with the matter, the Palestinian leader received threats to accept the plan or be replaced by someone more amenable.