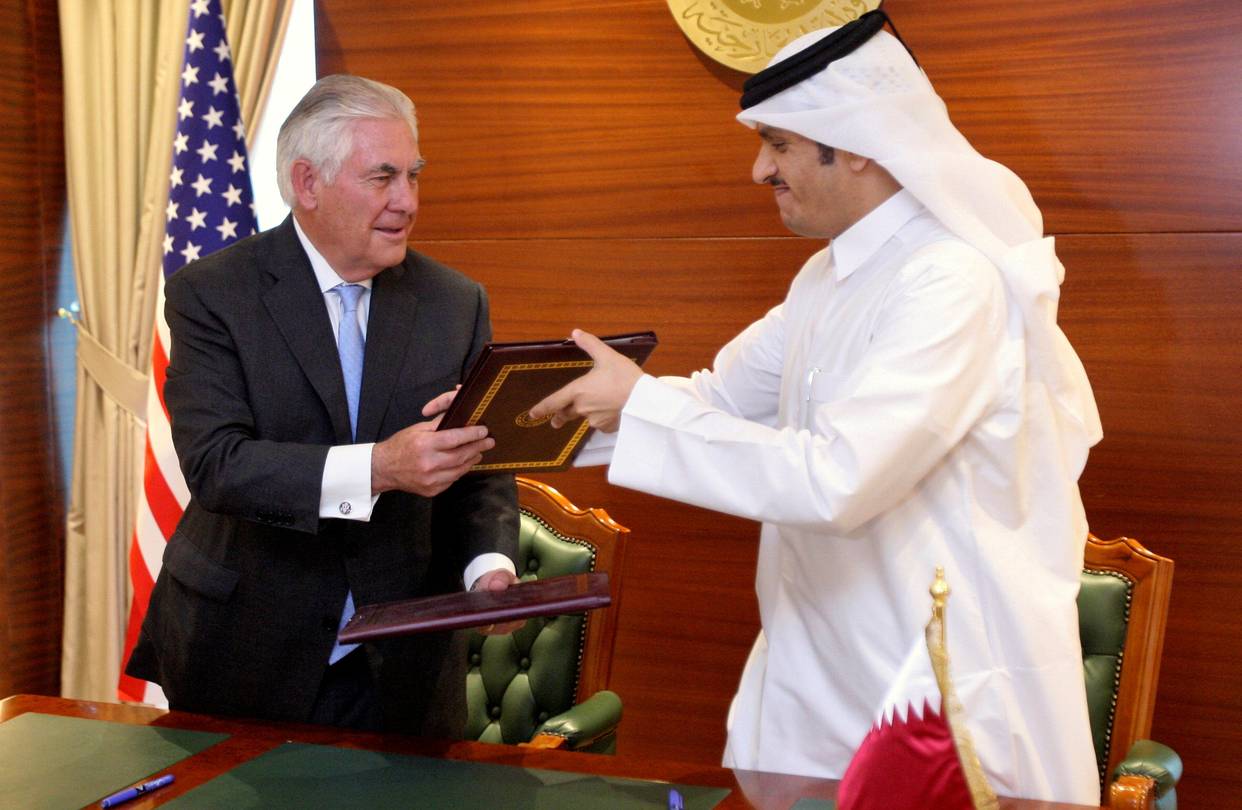 Four US congressmen have called on Secretary of State Rex Tillerson to declassify part of the anti-terror deal, meant to fight terror funding, that was signed with Qatar in July.

Congressmen Jim Banks, Robert Pittenger, Scott Perry and Ron DeSantis have expressed doubt over Qatar’s compliance with the deal in which the emirate pledged to fight terrorism funding.

The deal, secured by Tillerson, was part of the US efforts to mediate the Gulf Crisis, which erupted on June 5 after Saudi Arabia, United Arab Emirates (UAE), Bahrain plus Egypt cut off ties with Qatar on grounds that it funds terrorism.

The congressmen have addressed a letter to the US top diplomat arguing that US citizens need to know how the Qatari government is tackling terrorism.

The four also believe that the agreement does not contain classified information as noted by the State Department.

President Trump, at the beginning of the crisis, accused Qatar of providing financial support to terror groups, including Hamas and Lebanon-based Hezbollah.

While the US congressmen accused Doha of supporting terror groups, French President Emmanuel Macron last month said he would hand over to the Saudi Crown Prince Mohamed bin Salman a list of terror groups spreading Wahhabism; known as the harshest implementation of Islam. The doctrine that does not recognize other religions is applied by terror groups.