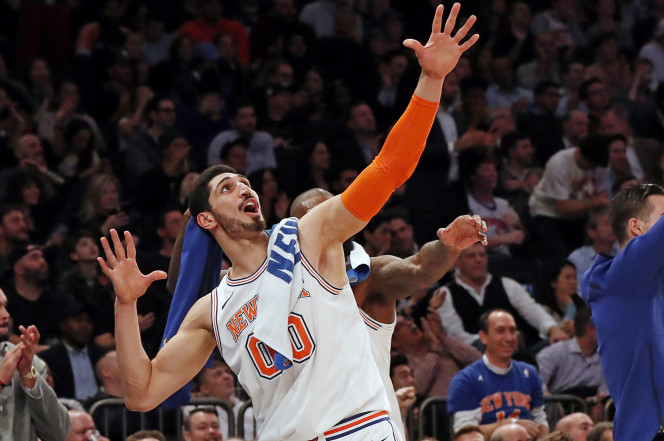 The prosecutor, according to the state-run agency Anadolu, referred to a series of 2016 tweets from the Turkish national.

The former Oklahoma City Thunder player told media Wednesday that he is not concerned about the indictment and that he is used to it.

The 25-year old NBA player has been on the wanted list of Turkish authorities for his alleged links with US-based Turkish cleric Fethullah Gulen and his movement.

Ankara has blamed Gulen for last year botched military coup. Authorities have been running a crackdown on the Gulen movement with thousands of arrests and layoffs.

Kanter was briefly detained on May 20 in Romania after Turkish authorities cancelled his Turkish passport. He returned to the US after US officials’ intervention.

The 6-foot 11 inch-tall basketball player holds a US green card that allows him to live and work in the country on a permanent basis.