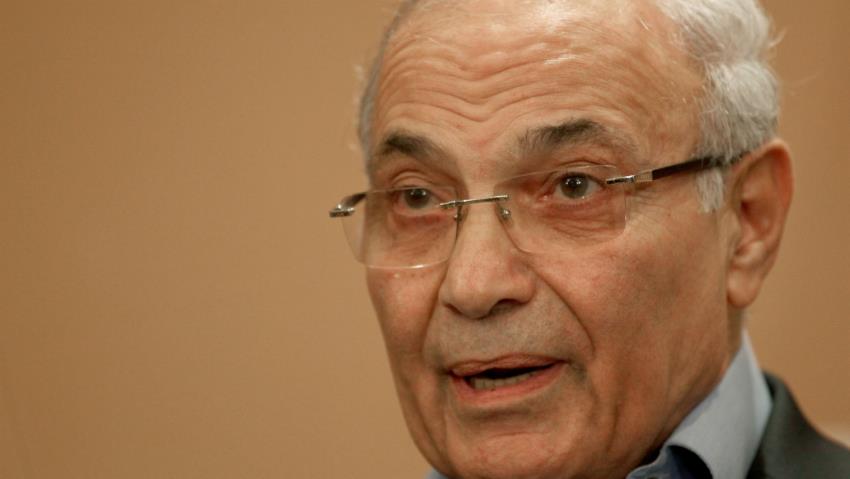 Egypt’s former Premier and presidential hopeful Ahmed Shafiq will face a case in court over announcement of his likely candidacy for 2018 presidential elections on Doha-based al Jazeera.

A lawyer is suing the former army senior officer and premier for “inciting public opinion through a hostile channel”, media reports say.

“The plaintiff was shocked that Shafiq announced his candidacy for the presidency – which is his constitutional right – on the hostile Al Jazeera channel,” the complaint reads.

“As a former military man, he knows the danger of issuing statements through hostile channels and has deliberately abandoned his military and political reasoning,” the complaint adds.

Shafiq returned to Egypt from United Arab Emirates (UAE) this month after he was reportedly deported following his plans to run for next year elections.

Since getting back, the one who was Hosni Murabak’s last Prime Minister has been living at Cairo’s JW Marriott hotel on the grounds that he is waiting for his house to be refurnished.

However, the media say he is held there by security forces and is prevented from moving freely and making public statement.

Saudi Arabia, UAE, Bahrain, and Egypt have banned al Jazeera since June 5 after the four accused Qatar of sponsoring terrorism.

Shafiq announced his candidacy on the Doha-based channel, in a video in which he said his country needed “new blood”.

On Saturday, he on Twitter called authorities to provide clarifications over the arrest of three of his supporters.

“I sincerely apologize to all the young people who have been arrested just because of their personal relations with me, for supporting me or taking part in my 2012 presidential election campaign,” Shafiq said.

“I urge authorities to quickly clarify this issue. The situation is serious and deserves more disclosure on whether these are the reasons for their arrests or not,” he added.

The 76-year old man is seen as the main challenger for Abdel Fattah al-Sisi in next year election, even if al-Sisi has not declared his candidacy yet.

Shafiq narrowly lost the 2012 election to deposed president Mohamed Morsi. He fled to the UAE after losing the elections.