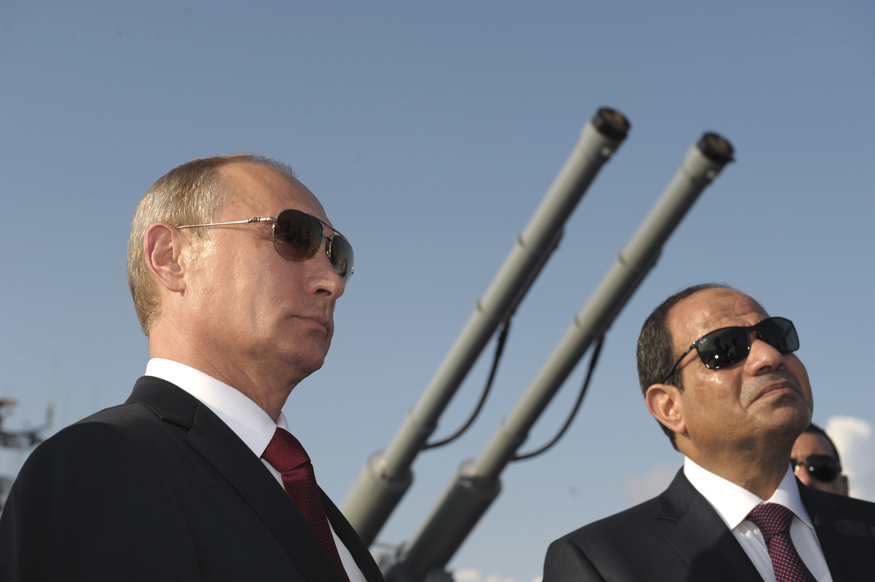 Russian President signed Monday in Cairo with his host al-Sisi an agreement launching the construction of the multi-billion Dabaa nuclear station, sponsored by Moscow.

President Vladimir Putin arrived In Cairo from Syria where he ordered partial pullout of Russian forces that have helped maintain the Syrian regime in face of insurgency and terrorism.

The future plant to be located on the Mediterranean coast will cost $21 billion and totally sponsored and manned by Russia. Construction will be completed by 2029.

Both leaders according to official accounts also discussed the return of Russian tourists to Egypt following the 2015 bombing of a Russian passenger jet.

Moscow two years ago suspended all to and from air traffic between the two countries after a Russian jet carrying 224 people, mostly Russian tourists, came down in the Sinai few minutes after takeoff from the red sea city of Sharm el-Sheikh.

The Islamic State group in the Sinai claimed the attack. Moscow conditioned the return of flights on the improvement of security at Egypt’s airports.

The suspension dealt a huge blow to Egypt’s tourism industry whose major clients where Russian holidaymakers.

Putin’s visit strengthens relations between the two countries that have established close military ties under President al-Sisi who has visited Russia three times since 2014 after assuming power and signed for Russian military hardware.

In late November, Russia indicated that the two countries signed a five-year draft military agreement allowing the war planes to use air fields and airstrips. The duration can be extended if requested.