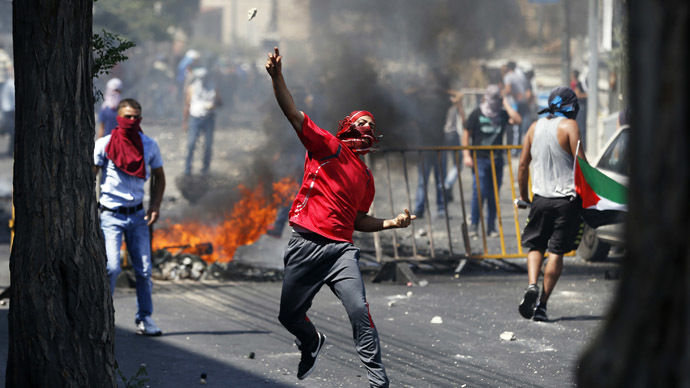 The cities of Jerusalem and Ramallah and other parts of the Gaza strip were the theatre of violent clashes between Palestinians and Israeli security forces against the backdrop of Trump’s decision to recognize Jerusalem as capital of Israel.

Israel deployed hundreds of extra troops in the West Bank as Palestinians went on strike and took to the streets burning tires and throwing stones. Israelis responded by firing tear gas, rubber bullets and live bullets.

More than 100 people were injured Thursday, according to the Palestine Red Crescent, despite the deployment of several extra battalions of Israeli troops. The critical test comes Friday, when larger demonstrations are expected as crowds leave mosques after the weekly noon prayers.

One rocket fired from the Gaza Strip exploded inside southern Israel while others fell short, Israel’s army said.

The backlash spread across the wider region and the Muslim world, with hundreds of demonstrators gathering outside the US Embassy in neighboring Jordan holding placards reading “Decision Rejected” and “No to US arrogance.”

Criticisms continued to flow in from governments in the Middle East, Europe and beyond, with US friends and adversaries alike voicing disapproval and alarm.

US has issued warnings to its citizens in the majority of Muslim states alerting of possible violence following Trump’s recognition of Jerusalem as capital of the Jewish State.