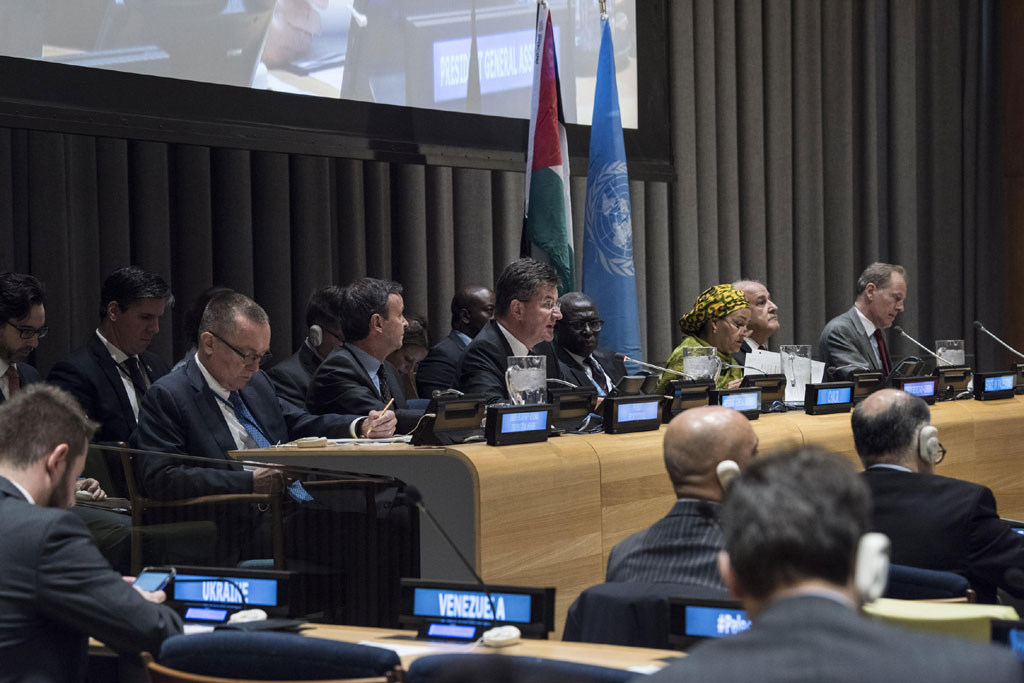 King Mohammed VI warned that the continuing stalemate in the Middle East peace process jeopardizes the future of the peoples in the region and is a key driver of extremism and instability.

“It goes without saying that the Palestinian cause is the most important issue for the Arab and Muslim world. Allowing it to go unresolved jeopardizes the future of the peoples in the region and is a key driver of extremism and instability,” stated the Moroccan king in a message commemorating the International Day of Solidarity with the Palestinian People.

He urged for setting up a reasonable time frame, to hold meaningful negotiations between the Israelis and the Palestinians in order to end the occupation and reach an agreement that covers all final-status issues.

In the royal message addressed to the Chairman of the Committee on the Exercise of the Inalienable Rights of the Palestinian People, King Mohammed VI, who is the Chairman of the OIC-Al Quds Committee, stressed the need for Israel, as the occupying power, to “respect the historical and legal status of the al-Aqsa Mosque and the al-Aqsa Mosque Compound and stop all unilateral measures aimed at changing the Arab, Islamic and Christian identity of East al-Quds”.

“Similarly, the 4 June 1967 lines should be considered as the borders of the Palestinian State, and the settlement activities in all occupied Palestinian territories should stop, in compliance with the relevant United Nations resolutions – the latest being Resolution 2334, passed in 2016,” the Monarch insisted.

“My call for the establishment of an independent Palestinian State is an appeal for legitimacy to be upheld and for an end to be put to the injustice inflicted upon the Palestinian people, so they may fulfil their aspirations for freedom, independence and a dignified life, just like the other peoples of the world” he went on to say.

“Those practices are the main reasons and arguments put forward by terrorist groups to justify their criminal agenda in the region and in the world,” he said.

In a message on the same occasion commemorating the International Day of Solidarity with the Palestinian People, UN Secretary General Antono Guterres pointed out that the two-state solution is the only one for a just, lasting and comprehensive peace between Israelis and Palestinians.

Seventy years since General Assembly Resolution 181 was adopted, a sovereign and independent State of Palestine has yet to emerge alongside the State of Israel, Guterres stated, noting that the resolution of this conflict would also create momentum for greater stability throughout the region.