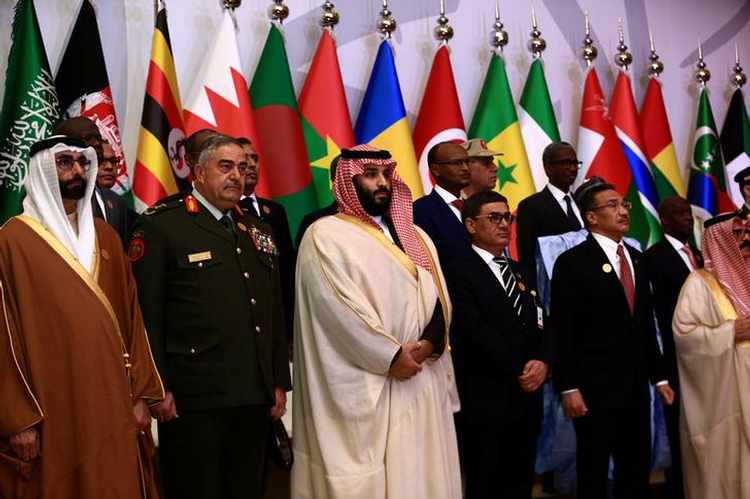 Saudi Crown Prince Mohamed bin Salman, aka MbS, who was hosting a meeting of top defense officials of Muslim-majority countries Sunday in Riyadh, urged for stronger action to erase terrorism from the surface of the earth.

The Sunday gathering, held in the wake of the terror attack on a mosque in Egypt’s Sinai that killed over 300 people, brought together defense officials of the Islamic Military Counter-Terrorism Coalition made up of 41 Muslim or Muslim-dominated countries across the Middle East, Africa and Asia.

In his keynote address, MbS, who is also Saudi Arabia’s defense minister, said “In past years, terrorism has been functioning in all of our countries… with no coordination” among national authorities…This ends today, with this alliance”.

The coalition was set up in 2015, but its Sunday meeting was its first.

The Friday bloody attack in the Sinai “was a very painful occurrence and must make us contemplate in an international and powerful way the role of this terrorism and extremism”.

“Beyond the killing of innocent people and the spread of hatred, terrorism and extremism distort the image of our religion,” he added.

A group of about 30 gunmen attacked al-Rawda mosque in the Sinai killing at least 300 people, in the worst attack in the restive peninsula.

Saudi Arabia is leading an international coalition of Muslim countries in Yemen with the aim of restoring the internationally recognized President Mansour Hadi battled by Iran-backed Houthi rebels.

The gathering also came amid recent regional crises hyped by the rivalry between the Saudi kingdom and Shia-dominated Iran, that Riyadh holds responsible for terrorist attacks in the region and round the world.

The alliance according to retired Pakistani general Raheel Sharif, who has been appointed its commander-in-chief, aims to “mobilize and coordinate the use of resources, facilitate the exchange of information and help member countries build their own counter-terrorism capacity.”

Saudi Arabia will house the alliance’s future center. The kingdom has vowed $107 million for the project.