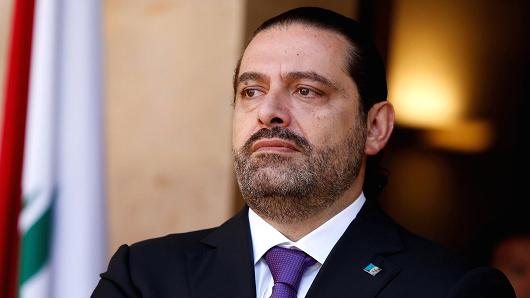 Lebanese Prime Minister, Saad Hariri, who unexpectedly resigned on November 4, seems keen to maintain suspense over the reasons that pushed him to take such an abrupt decision that were followed by a controversial stay in Saudi Arabia’s capital Riyadh amid speculations that he might have been held against his will.

Speaking after talks in Paris on Saturday with French president Emmanuel Macron, who is seeking to broker a way out of the crisis, Hariri said he would uncover the whole story once he returns to Beirut next Wednesday.

“As you know I have resigned, and we will discuss that in Lebanon,” he told reporters, saying he needed to meet with President Michel Aoun before taking further steps.

Hariri announced his resignation in a Saudi TV channel. He had then accused Iran and Hezbollah of sowing “discord, devastation and destruction” in the region.