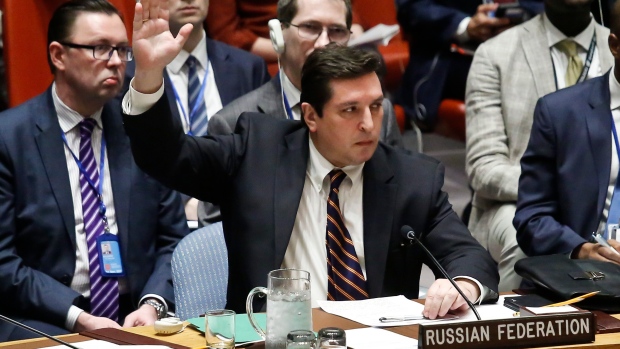 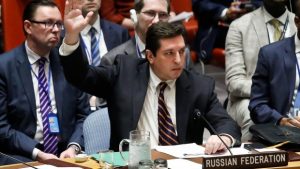 Russia has vetoed a Japanese-drafted UN Security Council resolution on renewing a joint mechanism to investigate who is behind chemical weapons attacks in Syria.

It is the third veto of an extension for the chemical weapons investigators in the past month. After Russia vetoed a compromise 30-day extension of the mission proposed by Japan, US Ambassador Nikki Haley said that Russia “saw fit to waste our time.”

UK Ambassador Matthew Rycroft said he was “frankly astounded” that Russia would block a resolution to restructure how the mission operates to meet some of Moscow’s concerns.

Swedish Ambassador Olof Skoog called for immediate additional private consultations.
The Security Council was holding those consultations Friday night, but no further vote was expected. The mandate for the Joint Investigative Mechanism (JIM) to inspect for chemical weapons runs out at midnight Friday.

Italian UN Ambassador Sebastiano Cardi, president of the Security Council, said the group “will continue to work in the coming hours and days to find a common position in light, of course, of this crucial non-proliferation issue that we have been debating for the last days.”

The Russian veto is the 10th that Moscow has made to protect its ally, the government of Syrian President Bashar al-Assad. It means that the Joint Investigative Mechanism (JIM), a body formed to learn who was responsible for chemical weapons attacks on civilians in Syria, expires at midnight Thursday. The U.S. proposal sought to extend it for another year.