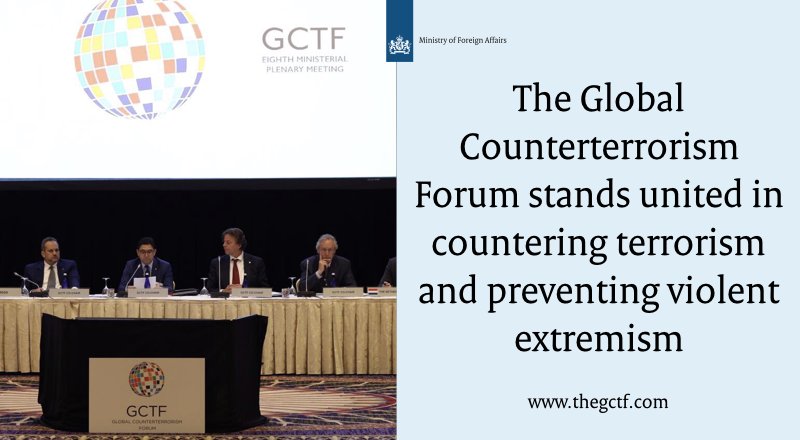 The United States has joined efforts with Morocco, its major ally in North Africa, to combat threats of homegrown terrorists. The two countries announced Thursday in Malta this global initiative placed under the auspices of the Global Counterterrorism Forum (GCTF) and in partnership with the International Institute for Justice and the Rule of Law.

The homegrown terrorism threat is growing as ISIS attempts to compensate for the loss of control of territory in Iraq and Syria by encouraging and directing attacks elsewhere, including by leveraging foreign terrorist fighters relocating from the conflict zone. Recent attacks in Barcelona, New York, and Manchester, show no country is immune to these terrorist attacks.

ISIS’s prolific use of social media has expanded its reach throughout the world, allowing the group to direct or inspire adherents, including those who have never stepped foot in a conflict zone, to commit acts of terrorism in their own countries.
To address homegrown terrorism, the initiative’s launch brought together in Valletta (Malta) over 70 government officials, law enforcement officers, academics, and non-governmental representatives from 25 countries.

The participants discussed the trends and issues associated with homegrown terrorism, and highlighted available tools and programs to address this threat.

They reviewed ways to improve information sharing, both within and among governments, and examined prevention and intervention programs. This initiative will result in non-binding good practices for policymakers and practitioners that will highlight comprehensive and integrated approaches to preventing and detecting homegrown terrorists.

Morocco co-chairs with the Netherlands the Global Counterterrorism Forum (GCTF). The North African Kingdom is a founding member of GCTF and the Global Coalition to Defeat ISIS, and participates in all of the Coalition Working Groups.

Launched in 2011, the GCTF is an informal, a-political, multilateral counterterrorism (CT) platform that has strengthened the international architecture for addressing 21st century terrorism.

Central to the Forum’s overarching mission is the promotion of a strategic, long-term approach to counter terrorism and the violent extremist ideologies that underpin it. The GCTF develops Good Practices and tools for policy-makers and practitioners to strengthen CT civilian capabilities, national strategies, action plans and training modules.

It provides a forum for national CT officials and practitioners to meet with their counterparts from different regions to share experiences, expertise, strategies, tools, capacity needs, and capacity-building programs.