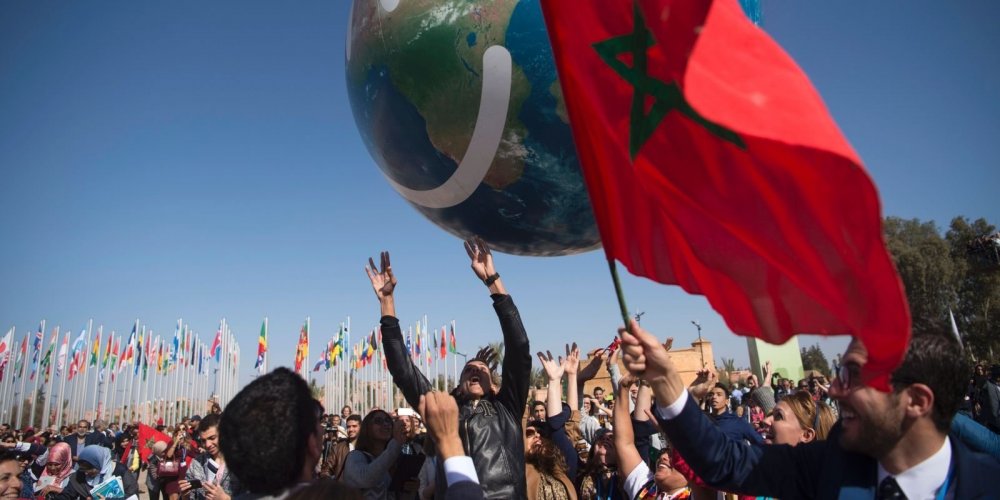 King Mohammed VI of Morocco, who has made of the protection of the environment one of the pillars of his country’s public policies, development strategies and regional or international commitments, was represented at the high-level segment of the 23rd Conference of the Parties to the United Nations Framework Convention on Climate Change (COP23), held Wednesday in Bonn, by the Chairwoman of the Mohammed VI Foundation for the Protection of the Environment.

The Foundation Chairwoman is the King’s youngest sister, Princess Lalla Hasna, who is deeply involved in environment protection as evidenced by her active participation in the COP22 held in Marrakesh in November 2016. She had then, among other activities, chaired over the opening ceremony of the COP22 Oceans Day and announced the Morocco-proposed Blue Belt initiative, aimed at developing the resilience of coastal communities and sustainable fishing activities.

On Wednesday in Bonn, she attended an informal meeting of heads of state and government that was chaired by UN Secretary General Antonio Guterres and the COP23 high-level segment opening ceremony.

Several of the heads of state who took the floor during the ceremony were keen on hailing Morocco for its successful organization of the COP22 and for its commitment to preserve the environment at home and to fight climate warming and its related changes primarily in Africa and island countries.

In this connection, President Emmanuel Macron of France paid tribute to Morocco for its unfailing commitment to environment protection and its tireless endeavors to this end at the international level.

The participating heads of state and heads of delegations, including Fiji’s Prime Minister and COP23 President Frank Bainimarama, stressed the need to uphold the spirit of Marrakech, which hosted COP22, and to grant priority to the preservation of the multilateral consensus reached under the Paris Agreement for substantial reductions in carbon emissions.

The target set by the Paris Agreement, namely keeping the global temperature rise to below 2º C, calls for coordinated international and regional strategies that cannot rely solely on nationally-determined contributions.

Building on the conclusions and recommendations of COP22, Morocco has put climate action at the core of all its strategies, and in keeping with its Africa-oriented policy, that is spearheaded by King Mohammed VI, it launched several initiatives to support climate adaptation and mitigate warming effects in the continent.

In addition to the Adaptation of African Agriculture (AAA) initiative, which seeks to restore African ecosystem balance and enable countries of the continent to have access to climate funds, Morocco and the World Bank agreed, at the financial summit of COP22, to launch the “Green Growth Infrastructure Facility for Africa”. This facility is tasked with spurring green economy on the African continent and bringing together environment-friendly private and public investments.

Morocco is also making its expertise in renewable energies available to its African partners, as pledged by the King.
It is to be recalled that during COP22 three commissions were set up under the effective chairmanship of King Mohammed VI, revolving around the Sahel, the Congo Basin, and the Island States regions.

Morocco on the other hand grants special attention to least developed countries and has repeatedly called the international community to abide by the Paris Agreement notably in areas relating to fund-raising and capacity-building.