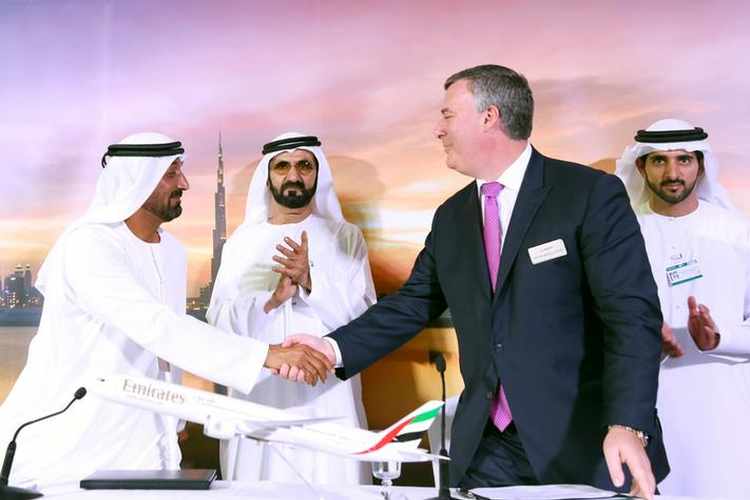 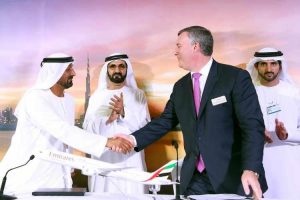 The deal worth $15.1 billion also includes other equipment. The Emirati carrier is still considering the engine, which will be provided either by General Electric or Rolls-Royce. The delivery is scheduled to start as of 2020.

The Sunday deal left rival Europe Airbus stunned as it was expecting to be announced Emirates’ preferred supplier.

Envoys of the superjumbo came to the event expecting to be trusted with an order of their A350s but Emirates indicated that after comparison it opted for the latest version of Boeing’s mid-sized wide-body jet.

Emirates Group chairman and CEO Sheikh Ahmed bin Saeed Al Maktoum said some of the new jets will replace older aircrafts to be taken out of the fleet.

“It has always been Emirates strategy to invest in the most advanced and efficient aircraft, and today’s order reflects that,” he added.

Boeing is also scheduled to deliver by 2020 150 of its cutting-edge of 777Xs, making the Emirati carrier the first global airline to fly the new aircraft.