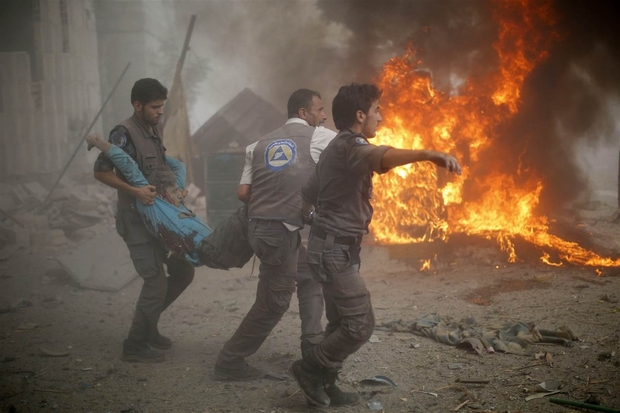 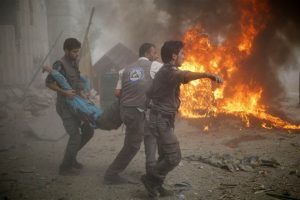 Human rights watchdog, Amnesty International, has denounced in a report the crimes against humanity committed by forces loyal to Bashar Al Assad in Syria through their “starve or surrender” strategy and sieges that have devastated areas controlled by the opposition.

In a report titled “We leave or we die”, Amnesty analyzed four local accords that the rights body said were preceded by unlawful sieges and bombardment aimed at forcing civilians to leave their homes.

The report shows that government forces surrounded and bombed densely-populated, opposition-controlled areas. Thousands of people were given an ultimatum to abandon their homes or die.

“The sieges, unlawful killings and forced displacement by government forces are part of a systematic as well as widespread attack on the civilian population, therefore constituting crimes against humanity,” the report said.

While the report concludes that all sides in the conflict had violated international law, it says the regime’s strategy of systematically preventing crucial food and medicine supplies from entering civilian areas while mounting bombing campaigns amount to war crimes and crimes against humanity.

“In essence, the deals have enabled the government to reclaim control of territory by first starving and then removing inhabitants who rejected its rule,” the report says.

Amnesty noted that it conducted the report using videos and satellite imagery alongside interviews with 134 people, including residents and UN officials, between April and September this year.

A leading United Nations official said on Thursday that eastern Ghouta’s 400,000 residents were on the verge of a “complete catastrophe” resulting from a block on aid deliveries. “I feel as if we are now returning to some of the bleakest days of this conflict again,” said Jan Egeland, a senior adviser to the UN’s Syria envoy.

Eastern Ghouta is one of several “de-escalation” zones created under a deal brokered by Russia and Turkey to reduce the violence in Syria. But the government has continued to impose a siege on the area and there have been airstrikes in recent days.