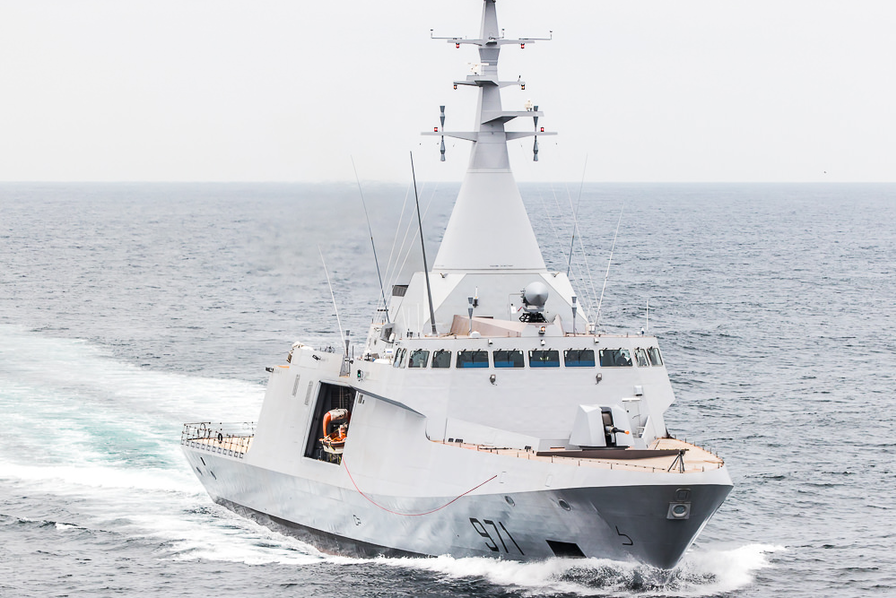 President Macron made the announcement at the end of his two-day trip, his first to the Gulf country where he also attended the inauguration of the Abu Dhabi Louvre Museum.

The two warship vessels will be used for costal surveillance and anti-submarine warfare.

The vessels will be built by the French group in coordination with Emirati Abu Dhabi Ship Building Company (ADSB).

Two additional vessels will be supplied as part of the contract but no detail has been released.

Emirati authorities chose the French builder as the best bidder in a tender, which involved Italy’s Fincantieri.

The UAE are engaged in the Saudi-led international coalition fighting Iran-backed Yemen Houthi rebels in Yemen.

The rebels launched over last weekend a ballistic missile, which was intercepted near Riyadh international airport. Saudi Arabia blamed Iran and called the attack an act of war.

A leading Iranian media lauded the attack in a caption adding that the next target is Dubai. Teheran has suspended the media over the headline.