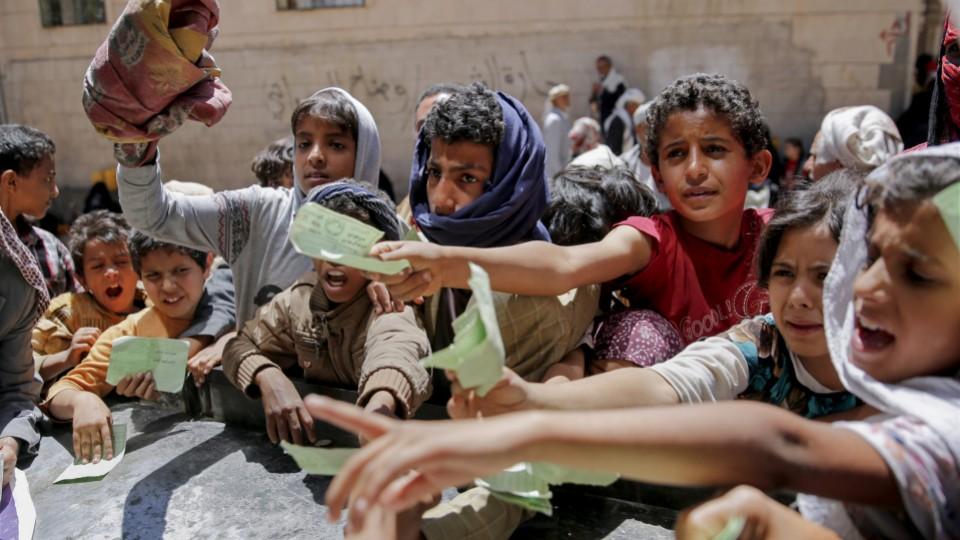 The UN and the Red Cross said a “catastrophic” situation threatened millions who rely on life-saving aid after Saudi Arabia decided to seal off all Yemen’s land crossings as well as ports and airports.

Saudi Arabia decided to proceed to the closings of Yemen’s outlets in retaliation for a missile strike intercepted near the Saudi capital last week and fired by the Shia Houthi militia in Yemen.

The United Nations on Tuesday urged the Saudi authorities to reopen the air routes and ports, fearing the blockade would sharply exacerbate an already dire humanitarian crisis in a country that has suffered through more than two years of a civil war, according to Reuters news agency.

“We are in touch with our counterparts and we’re trying to see whether we can get our normal access restored, and we’re hopeful that we will be able to continue our normal operations,” U.N. deputy spokesman Farhan Haq said.

Meanwhile, The International Committee of the Red Cross said Tuesday it was unable to get clearance to ship chlorine tablets used to prevent cholera from Saudi Arabia into Yemen, where a massive outbreak of the disease has affected more than 900,000 people.

A spokeswoman for the Red Cross, Lolanda Jaquemet, said the shipment of chlorine tablets, while not huge, “was critical,” given the scale of the cholera outbreak. She also expressed concern about a shipment of 50,000 vials of insulin that were being shipped to the southern Yemeni port of Aden and due to arrive next week.

According to the UN, more than 8,670 people – 60% of them civilians – have been killed and 49,960 injured in air strikes and fighting on the ground since the coalition intervened in Yemen’s civil war in March 2015.