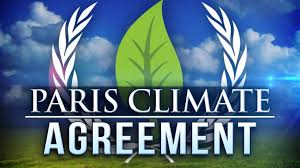 Syria said it signed the Paris Agreement leaving the US as the only country in the world to reject the climate accord.

War-torn Syria announced it has joined the deal in Bonn, Germany at the COP 23 UN climate summit.

Syria, which is facing the sixth year of a brutal civil conflict, was along with Nicaragua the only nations outside the deal when it was agreed in 2015. Nicaragua signed in October.

The Paris accord was signed by nearly 200 countries in December 2015 in an effort to curb global greenhouse gas emissions and limit global warming to within 2 degrees Celsius.

In June, the US said it would withdraw, but the rules of the agreement state that this cannot be done until 2020.