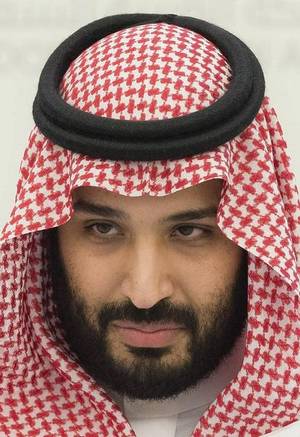 A major purge of Saudi political and business leaders has been launched by Saudi Crown Prince, Mohammed bin Salman, aka MBS, in a bid to consolidate his power grab.

The newly established, anti-corruption committee, headed by Bin Salman himself, has dismissed a number of senior ministers and detained nearly a dozen princes.

The “supreme committee” established to investigate public corruption is part of the latest measure in Saudi Arabia to support its drive for improved economic performance and oversight of public finances. The body will be able to issue arrest warrants, ban people from travel, freeze accounts and track funds.

In a statement relayed by the official Saudi news agency, SPA, King Salman bin Abdulaziz Al Saud alluded to the “exploitation by some of the weak souls who have put their own interests above the public interest, in order to, illicitly, accrue money” for the creation of the anti-graft committee.

Among those affected by the purge, the National Guard Minister and senior member of the Royal family Mutaib bin Abdullah who was arrested along with his brother Turki.

Commander of the Saudi navy Abdullah bin Sultan, and minister of economy and planning, Adel bin Mohammed Faqih, also sacked on Saturday, were among those held for questioning.

The arrests and dismissals came just two months after King Salman replaced his nephew Mohammed bin Nayef with his son Mohammed as the country’s crown prince.

The purge will enable the Crown Prince to strengthen his control on all key security apparatuses in the country, starting with defense in 2015 moving to the internal security forces after the ousting of Mohammed bin Nayef, the then crown prince. Now he has taken control of the third most important security apparatus: the guards, in a country where security institutions have long been headed by separate powerful branches of the ruling family.

The Saudi equities index.TASI was down 1.0 percent after 25 minutes of trade as declining stocks overwhelmed advancers by 155 to 15.