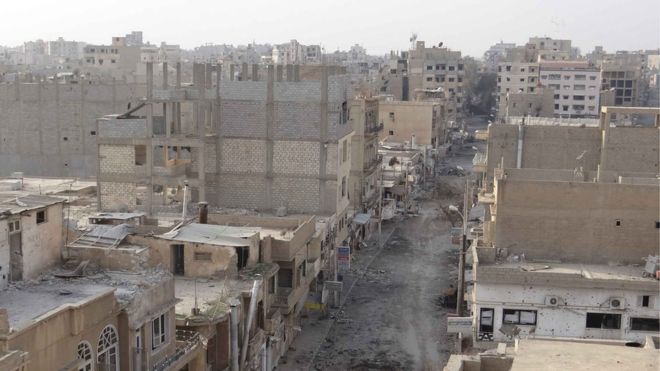 Deir al-Zour, the last major stronghold of the Islamic State (IS) fell to the Syrian army.

The stronghold was held by IS since 2014 as it played a strategic role for the terrorist group’s expansion in Syria and Iraq.

Fighting to take control of the city, which continued for weeks, forced some 350,000 civilians to flee their homes.

The city, which lies on the Euphrates river about halfway between the city of Raqqa, previously the headquarters of IS’s self-styled “caliphate, had a strategic importance for the terrorist group due its proximity to Iraqi borders.

Meanwhile in Iraq, as IS loses ground in Syria, the Iraqi government forces began an offensive to recapture the town of al-Qaim, a town in Iraq still held by IS. It lies across the border from the Syrian town of Abu Kamal.

Iraqi government forces have now driven IS out of about 95% of the land the group once held in Iraq and freed more than 4.4 million Iraqis from its rule, the US-led coalition fighting IS says.