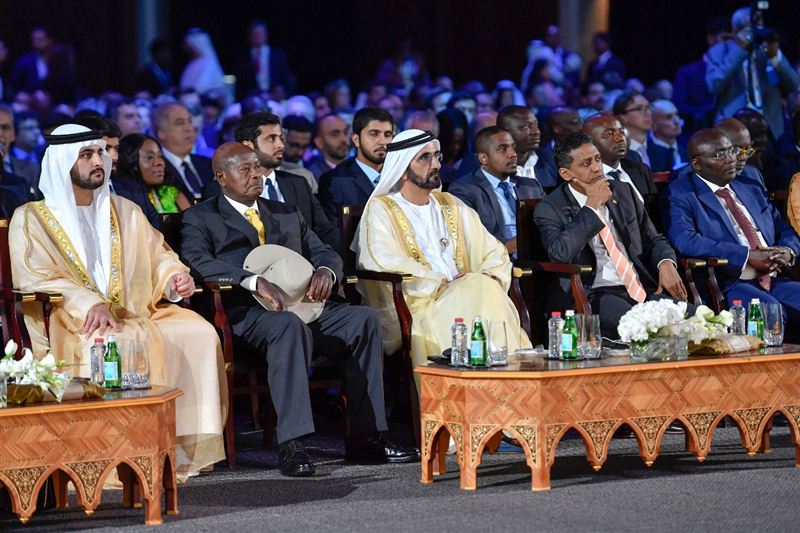 African Heads of State and CEOs on Wednesday flocked to Dubai to take part in the two-day Global Business Forum on Africa, meant to strengthen Dubai’s economic and business ties with the continent, where Dubai has positioned itself as a link for huge potential investments.

The forum, held under the theme of ‘Next Generation Africa’, is aimed at exploring promising markets around the world for Dubai enterprises and businesses, and business opportunities for public and private sector stakeholders.

Chairman of the Dubai Chamber of Commerce and Industry, Majid Saif Al Ghurair, said Dubai has strengthened its position as global gateway for African companies, while the UAE continues to lead the GCC region in the volume of foreign investment flows into Africa.

Dubai is committed to lower down the obstacles that are hampering Africa’s growth and to contribute to business expansion in the continent, he said, pointing out that Africa’s young and fast-growing population, along with its rising middle class, offer tremendous potential. The continent is experiencing an infrastructure boom, which is creating plenty of trade and investment opportunities, he said.

He also underscored the rapid growth rate of the African business community in the UAE, saying the number of African companies registered with Dubai Chamber exceeds 17,000, up 41 per cent compared to 2015.

“Youth entrepreneurship is another important topic on the agenda as it remains a key factor for maintaining Africa’s rise. Much like young UAE nationals, young Africans are incredibly entrepreneurial and have their sights set on developing innovative solutions to solve some of the continent’s most pressing challenges,” he was quoted by local media as saying. “We are confident that Africa’s entrepreneurs will bring positive changes to Africa and usher in a new area of economic and social progress.”

Dubai is keen to use its strategic location and status as a thriving business hub to contribute towards Africa’s future growth, Al Ghurair said.

Over the last five years, the Dubai Chamber has opened representative offices in Ethiopia, Ghana, Mozambique and Kenya to assist UAE companies that want to expand their footprint on the continent and also to attract African businesses to Dubai.

Rwanda’s President Paul Kagame, who was one of the key speakers, said the divisions that hampered African growth were ending and the continent was moving towards a unified economic bloc.

Kagame said a number of economic unity initiatives had been adopted in Africa in the fields of customs unions, infrastructure projects, electricity links and railway networks.

The Ugandan president also shared lessons of his years of experience and highlighted what he sees as the priorities for the upcoming generation of African leaders – pan-African trade, investment and tourism.