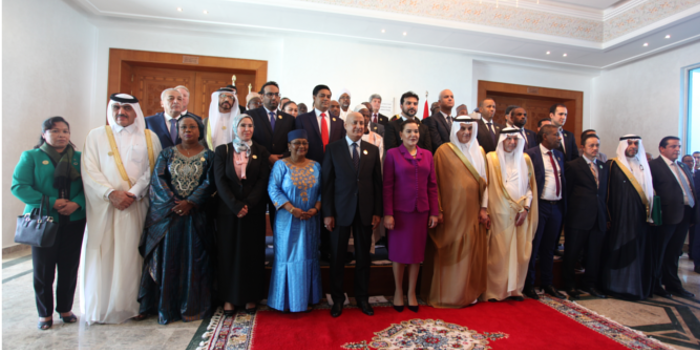 King Mohammed VI has stressed the importance Morocco grants to the issue of environment protection, which is placed among the country’s top priorities in a bid to tackle the environment degradation and combat climate change.

In a message read out by the King’s youngest sister and Chairwoman of the Mohammev VI Foundation for Environment Protection Princess Lalla Hasnaa at the 7th conference of environment ministers convened Wednesday in Rabat, the Moroccan Sovereign said climate change, which is affecting the entire globe, is one of the most crucial environmental issues today since it impacts directly a number of vital sectors, such as agriculture, transport, water and natural resources.

“We must think hard about developing sustainable mechanisms and taking effective measures to address this growing climate issue, which is not only challenging climate experts but is, above all, a real problem for current and future generations”, said the Monarch.

At the same time, “we should strive harder to come up with integrated strategies likely to ensure food security and preserve biological diversity by reconsidering existing policies in all the sectors concerned”, added the royal message, noting that Morocco has embarked on an ambitious course of action, which has enabled the country to mainstream sustainable development principles in development policies in all sectors.

“This approach has had an impact on Morocco’s institutional, legislative and financial systems. Consequently, the right to a safe environment in a context of sustainable development was enshrined in the 2011 Constitution with a view to striking a balance between the requirements of development and the preservation of the quality of the environment we live in”, underlined the King.

This strategy sets the foundations for a comprehensive green economy by 2020, added the Sovereign, noting that Morocco has adopted an ambitious solar energy plan with a view to meeting 52 pc of its energy needs using renewable energy sources by 2030.

He also highlighted the pioneering water policy launched in the 1960s by late King Hassan II, a policy based on the construction of dams – a lifeline on which Morocco has relied to provide all of the Kingdom’s regions with the required water infrastructure, improve access to drinking water, meet the needs of the industrial and tourist sectors and develop large-scale irrigation.

Together with the rest of the international community, the Kingdom of Morocco has been proactively and responsibly engaged in the fight against climate change, said the Monarch, recalling that this steadfast determination was demonstrated in COP22, hosted by Morocco Nov.2016.