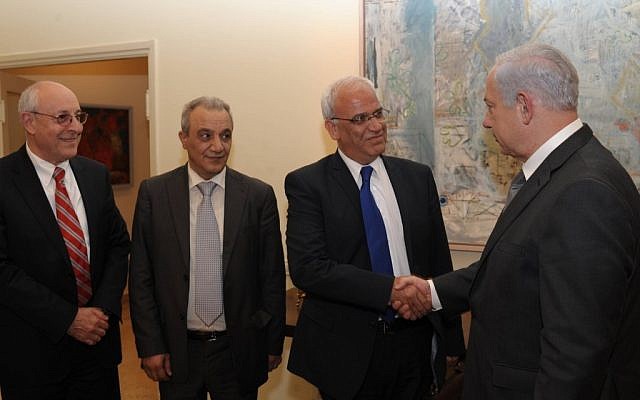 Prime Minister Benjamin Netanyahu has accepted the resignation letter of Yitzhak Molcho who served as his personal emissary and chief negotiator at a time calls for transparency in Molcho’s functions are being raised.

Molcho submitted his resignation to Netanyahu over self-fulfillment after serving voluntarily the Prime Minister for 10 years.

He represented the Israeli Premier at several talks with Arab countries including at the 2013-2014 Israeli-Palestinian peace talks.

A lawyer by training, Molcho gradually drew public suspicion after law firm partner David Shimron who is Netanyahu’s attorney was named in a corruption and bribery scandal involving the purchase of submarines from Thyssen Krupp, a German shipbuilding company.

Molcho’s resignation came a day before Netanyahu’s cabinet is expected to respond to a petition by the High Court of Justice calling on Molcho to suspend himself, reports say.

He will formally quit his position in February 2018 and reports believe former director general of the Foreign Ministry, Dore Gold, is likely to replace him.