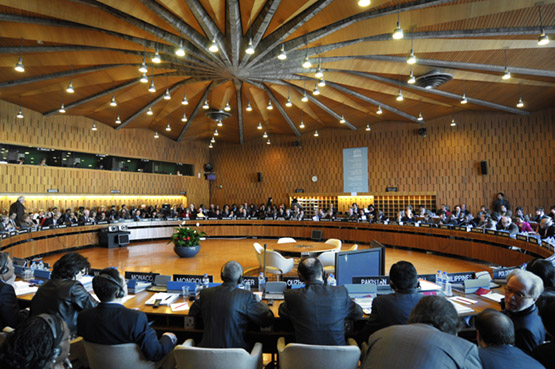 The US will quit in December its position of core member of the UN agency for education, Culture and Science (UNESCO) that it accuses of being biased and opposed to Israel.

The US State Department informed the Paris-based UN agency that it would establish an observer mission meaning it would not take part in decision-making processes.

The State Department cited mounting US arrears with the UN and anti-Israel bias attitude at the UN agency.

US already in 2011 condemned the UN culture organization and cut more than $80 million of funding to the organization after UNESCO accepted Palestine as full-fledged member.

The decision to withdraw was reportedly sent to French President Emmanuel Macron by Secretary of State Rex Trillerson several weeks ago.

President Trump has promised to review all US international commitments as part of his electoral pledges to make ‘America first’ and ‘great again’.

The US in July lambasted UNESCO’s decision to put on the World Heritage list the Ibrahimi Mosque in the Palestinian city of Hebron, threatened by Israel.
In May, UNESCO angered the US and Israel after it accused the Jewish state of being an occupying power in reference to Israel’s continued colonization of Palestinian territories.

Israel Prime Minister Benjamin Netanyahu welcomed Washington’s decision to withdraw from the UN agency saying it was brave and moral.

The Israel government also announced its withdrawal from the organization.