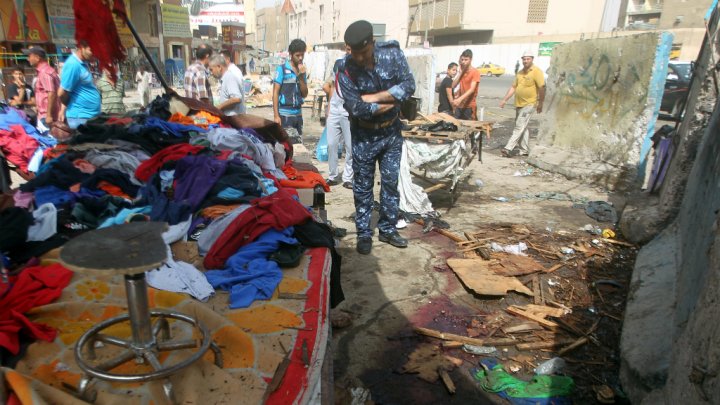 An explosion said to be from a car bomb killed several people Monday in Sadr City district of the Iraqi capital, at a busy wholesale market, situated in Shia-populated area of Jamila.

The explosion ripped through the crowd killing at least 11 people and wounding 26, according to security and medical sources. Security forces were part of the victims.

The blast damaged several stalls at the market and gutted shops in the adjoining shopping center, with debris, glass and vegetables strewn across the ground, reports say.

The attack took place as Iraqi forces supported by Shia paramilitary forces are trying to take control of the last remnant resistance pockets of the terrorist group.

The Iraqi forces conquered Mosul; the second largest city occupied by the terror group. Other areas such as Hawija and Qaim in the north and Rawa, Ana in the west are yet to be liberated.