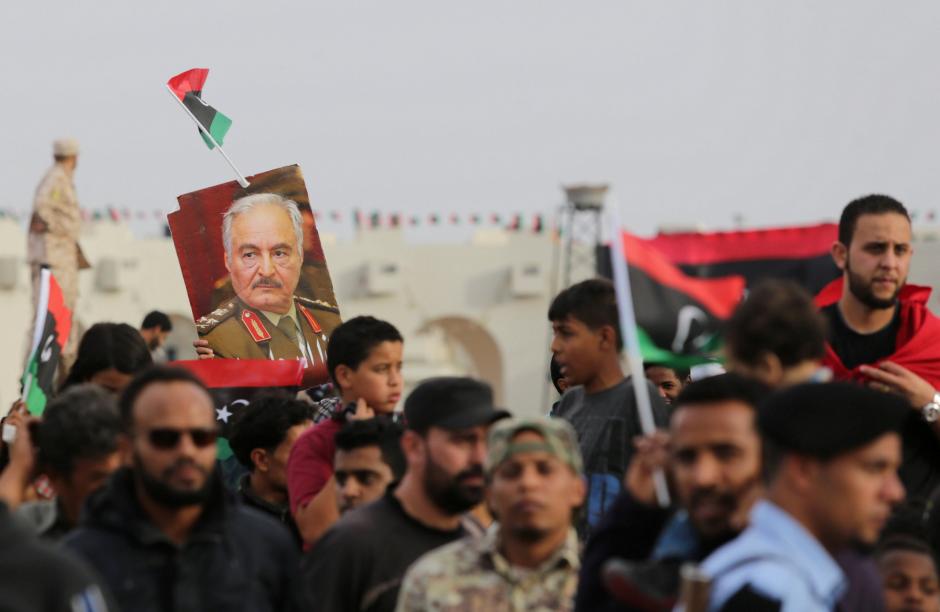 Jihadists in the eastern town of Derna Sunday killed five soldiers of Libyan National Army (LNA) led by Field Marshal Khalifa Haftar, reports.
Three LNA-controlled sites in South of Derna were attacked by jihadists forces, AFP reports citing a news agency aligned with the LNA. The attacks also wounded four other.
The latest attacks occurred following the downing of a fighter jet belonging to the LNA last week. Pilot Colonel Adel Jehani and co-pilot Waeel Waqwaq were shelling the jihadists’ positions in the town.
They were missing after ejecting safely out of the jet after it was reportedly hit.
Accounts from jihadists noted that Colonel Jehani has been charged and therefore executed over raids on women and children. The fate of Waqwaq is still unknown, Libya Herald reports.
Haftar forces have been trying to dislodge jihadist groups in Derna. The campaign has also targeted “Revolutionary Shura Council of Derna”, a coalition of militias close to Al-Qaeda.
Haftar has been opposed to UN-backed Government National Accord (GNA) which sits in Tripoli. The army commander has harbouring intention to overrun Tripoli in his so-called fight against terrorism.