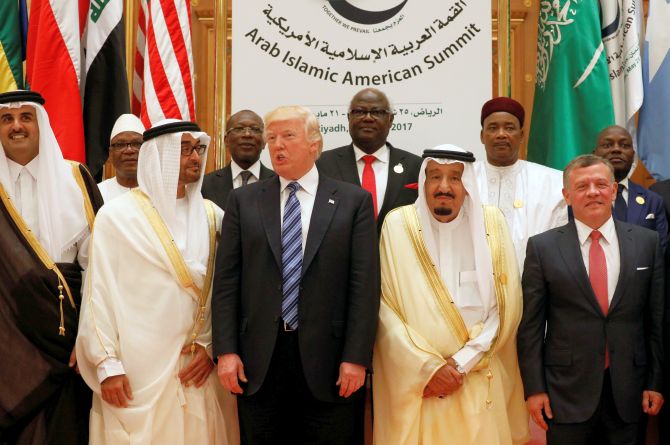 Saudi Arabia, the United Arab Emirates (UAE), Bahrain and Egypt announced Tuesday that they received Doha’s response to the 13-demand list they had asked their neighbor to fulfill before they lift the blockade imposed on it, demands Qatar deem unrealistic and unenforceable.

Saudi foreign ministry indicated in a twit that the boycotting countries received the response through the Kuwaiti mediation.

“Minister Adel al-Jubeir received from the Kuwaiti state minister Sheikh Mohammad Abdullah Al-Sabah the official Qatari response regarding the demands of the boycotting countries,” it said.

The ministry said the bloc’s response will come in due time.

Qatar’s response came on the eve of a meeting the foreign ministers of the four boycotting countries in Cairo this Wednesday to decide the next step.

The Saudi-led bloc severed ties with Qatar on June 5, accusing their Gulf neighbor of funding terrorism. The bloc also cuff of air, sea and ground links with the tiny country, banning all Qatari vessels and aircrafts from their seas and spaces.

To further squeeze Doha, they later on came up with a list of 13 conditions including ending sponsorship for Hezbollah and Muslim Brotherhood, lowering diplomatic ties with Iran, suspension of military cooperation with Turkey and shutdown of al Jazeera news network.

Qatar authorities have deemed the 13-demand list unrealistic, unenforceable, and infringing on its sovereignty.

UAE ambassador to Russia told the Guardian that the bloc could press other sanctions against Qatar and ask trading partners to choose between the bloc and Doha.

In a related development, Egyptian state news agency Tuesday reported that the chiefs of intelligence agencies of the four boycotting countries held a meeting in Cairo.